Picking stand music for football or basketball games can be tricky for many reasons:

Most groups struggle to find enough time during band camp to put their field show together, let alone rehearse an extra 10 or more songs.

Being in a time crunch means you need pieces that are easy to learn, but overly simple charts risk boring your members.

By the time you have a chance to teach stand music, there’s a good chance the tunes you picked are no longer the “cool ones,” so you feel silly and out of touch. Or worse—you and your staff are the only ones who like them, leaving students disengaged.

Our marching band editor has selected 10 easy yet educational marching band songs of popular, showstopping tunes, presented here in no particular order. While our picks don’t actually contain a warning label, they are guaranteed to build hype in the stands. After all, when you get the crowd up and moving, you win the game—even if the team doesn’t! 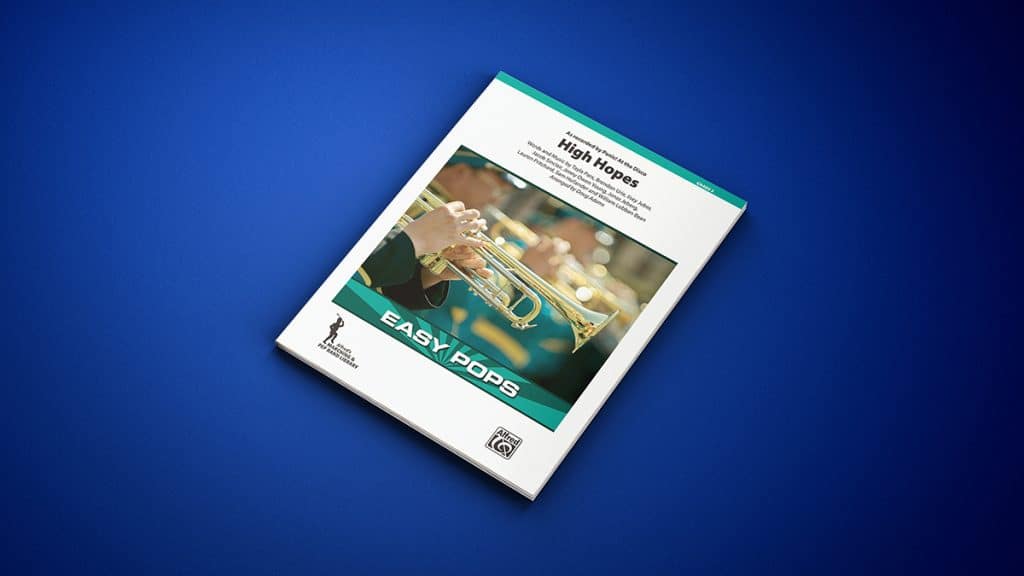 Doug Adams’ grade two arrangement of this Panic! at the Disco chart-topper comes from Alfred Music’s Easy Pops series. A step above beginner-level difficulty, it features block scoring and a driving beat that offers great improv opportunities for your drumline. Short melodies make this chart easy to start and stop quickly, ideal for quick time-outs or any other fast changes that may take place during games. 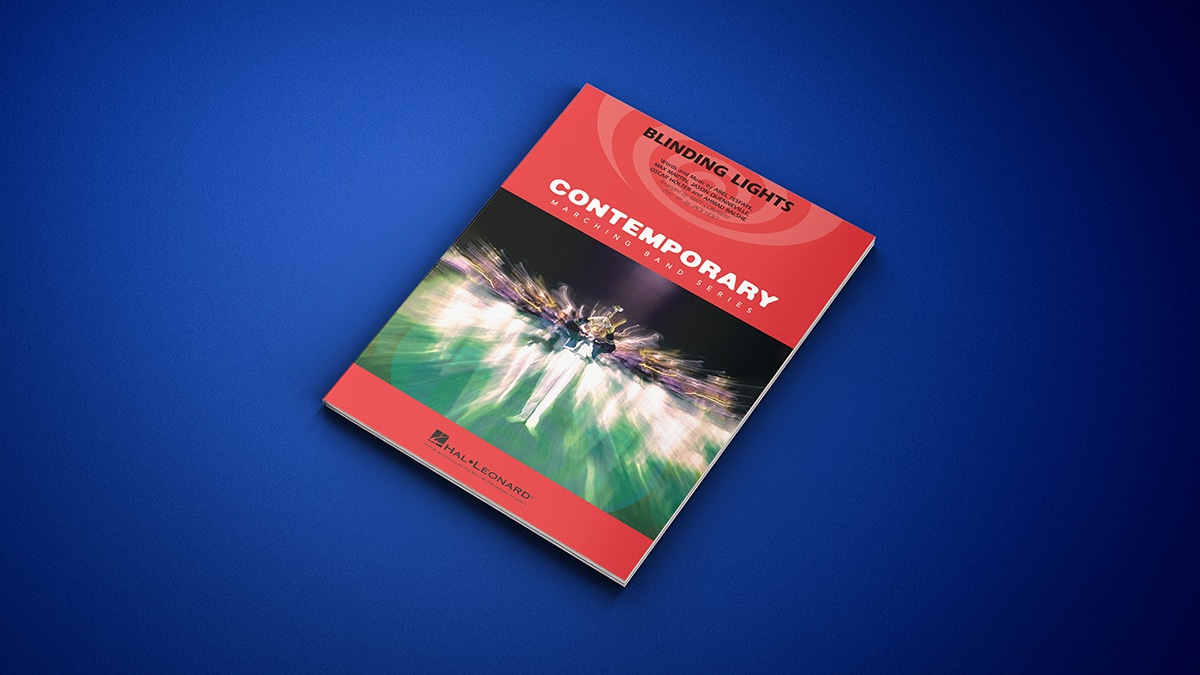 Next on our list, Matt Conaway and Jack Holt’s arrangement of “Blinding Lights” is part of the Hal Leonard Corporation’s Contemporary Series and a three–four on their instrumental series grading scale. People love The Weeknd, so this pick—which features low brass and percussion—is sure to be a crowd favorite. Since it’s on the longer side, we recommend saving it for more lengthy time-outs or transition periods when the band is in the spotlight. 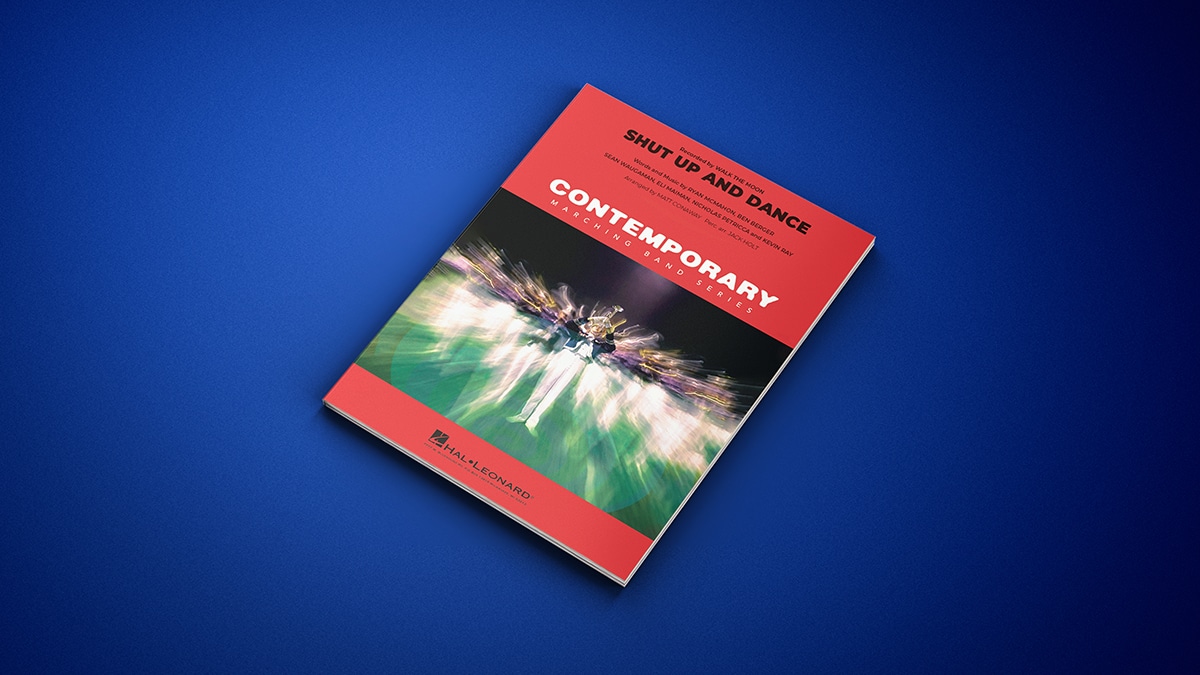 Once you hear this tune, it will be in your head for the rest of the day! Walk the Moon’s “Shut Up and Dance,” also arranged by Matt Conaway and Jack Holt and from the Hal Leonard Contemporary Series, is fun and easy to learn. It’s instantly recognizable, and the title tells the crowd what they need to do! You can use this number’s short and defined melody lines for quick breaks or take it for a longer ride to really get people jamming. 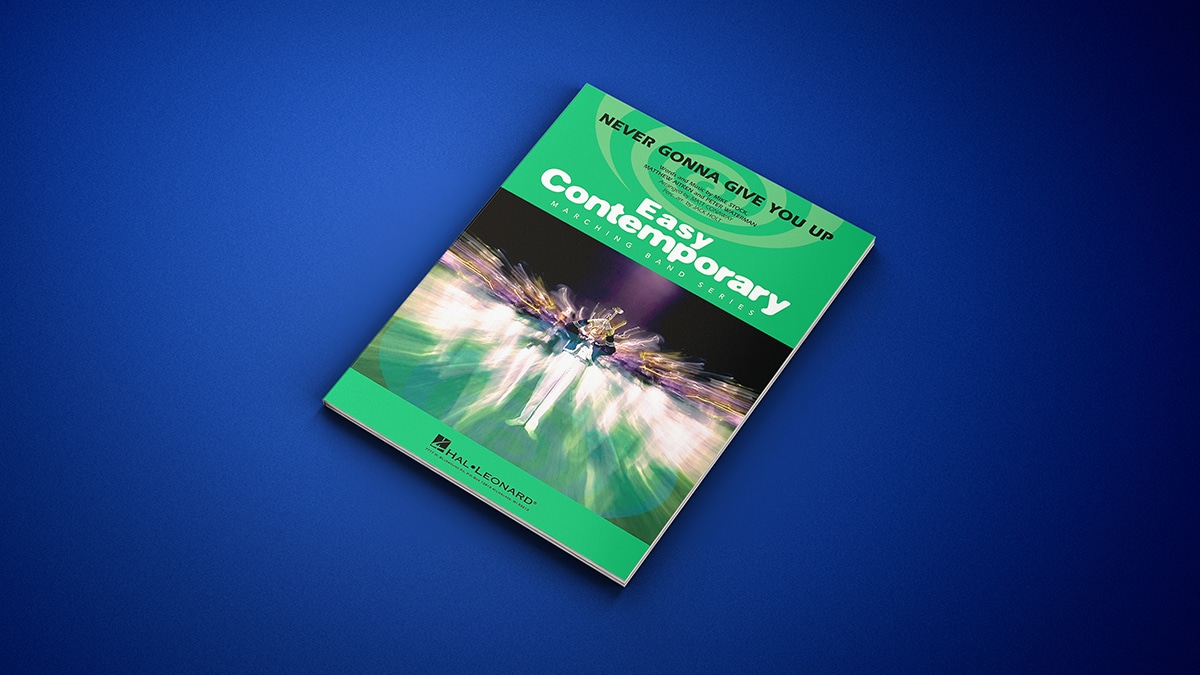 We couldn’t resist rickrolling you! Selecting great stand music isn’t always about finding the newest tunes. You can never go wrong with a classic, and even the Gen Z-ers in the stands will understand when they have been rickrolled. This arrangement of Astley’s energetic and unmistakable song from Hal Leonard’s Easy Contemporary series starts off quiet, then builds to get the crowd rocking.

“HandClap” by Fitz and the Tantrums is a catchy tune that your students and crowds are hearing everywhere, from TV commercials and the radio to social media. The signature handclapping section is perfect for getting the crowd involved, and they’ll know exactly when to do it! Paul Murtha’s arrangement of this indie pop hit comes from the Hal Leonard Easy Contemporary series. Trumpets start the tune, and easy percussion parts allow players to improvise. 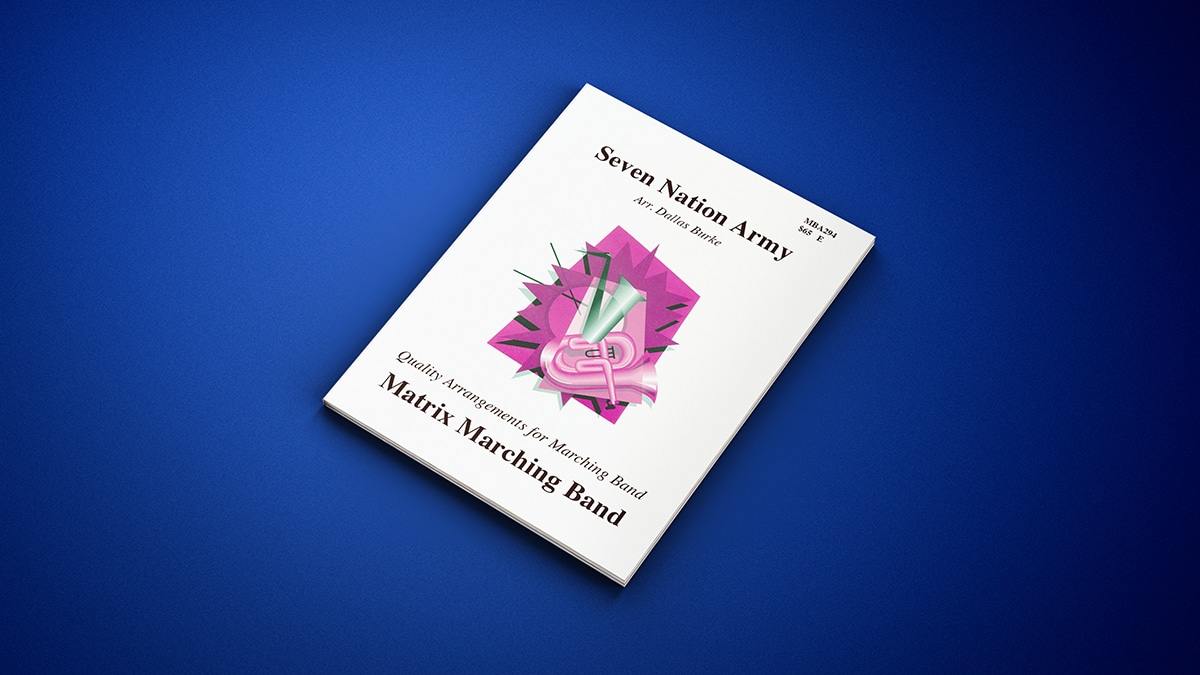 Number five, “Seven Nation Army” by The White Stripes and arranged by Dallas C. Burke for Matrix Music, is a staple at every sporting event. Everyone has heard this tune time and time again, and it never fails to entertain the crowd! While Burke’s arrangement features low brass, the whole band gets in on the action with driving rhythms and a recognizable melody. It’s easy to adapt it to suit your needs, either playing short excerpts for quick pauses in a game or jamming for longer stretches. Drummers can play the fast parts as written or opt for quarter notes to capture the song’s techno feel. 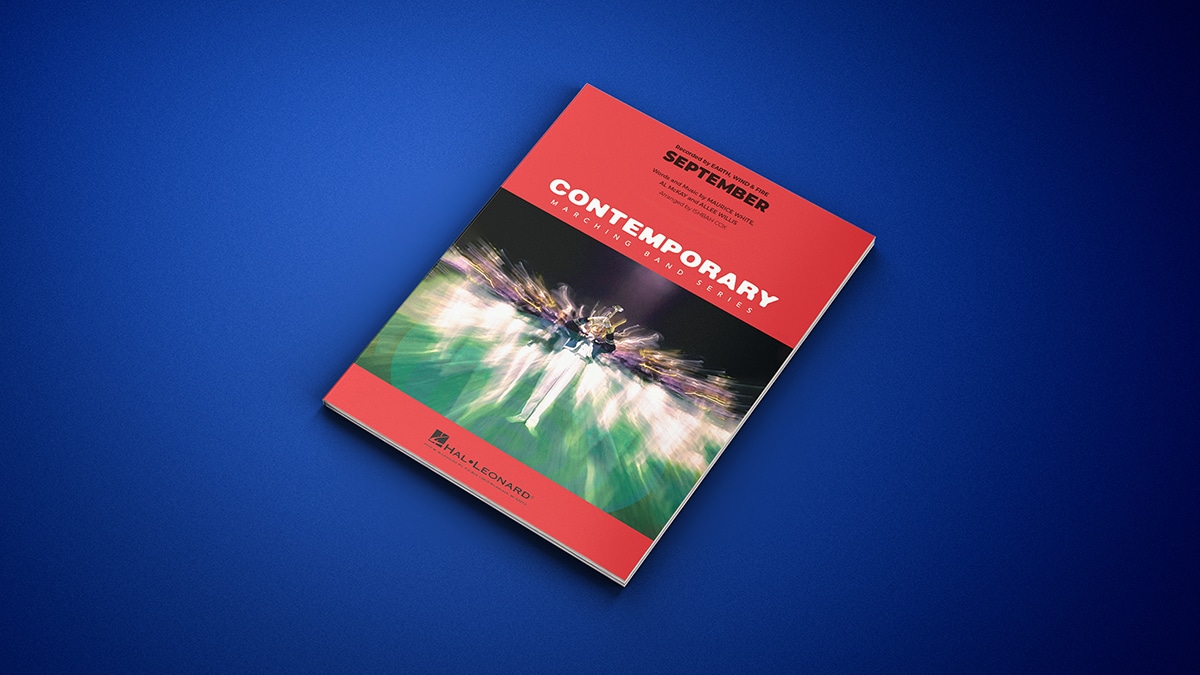 Another selection from the Hal Leonard Contemporary Series, Ishbah Cox’s arrangement of “September” by Earth, Wind & Fire is perfect for getting everyone into the fall spirit at the start of marching band season. The whole crowd knows this classic, and it makes people move! Like many of the tunes on our list, it’s versatile: you can easily start and stop it quickly or get the stands blasting away with a longer ride on the choruses. 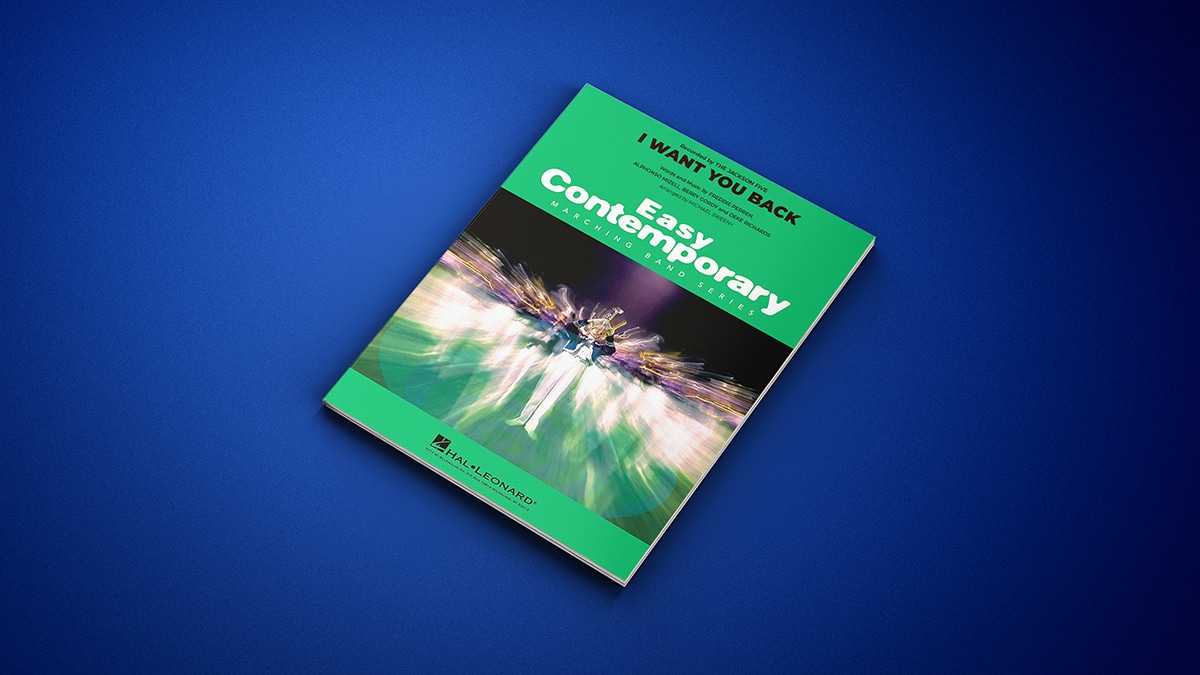 “I Want You Back,” the Jackson 5’s first national single and number-one hit, is instantly recognizable. This Hal Leonard Corporation Easy Contemporary Series arrangement is easy to learn while still being fun to play, especially for your percussion and brass sections. 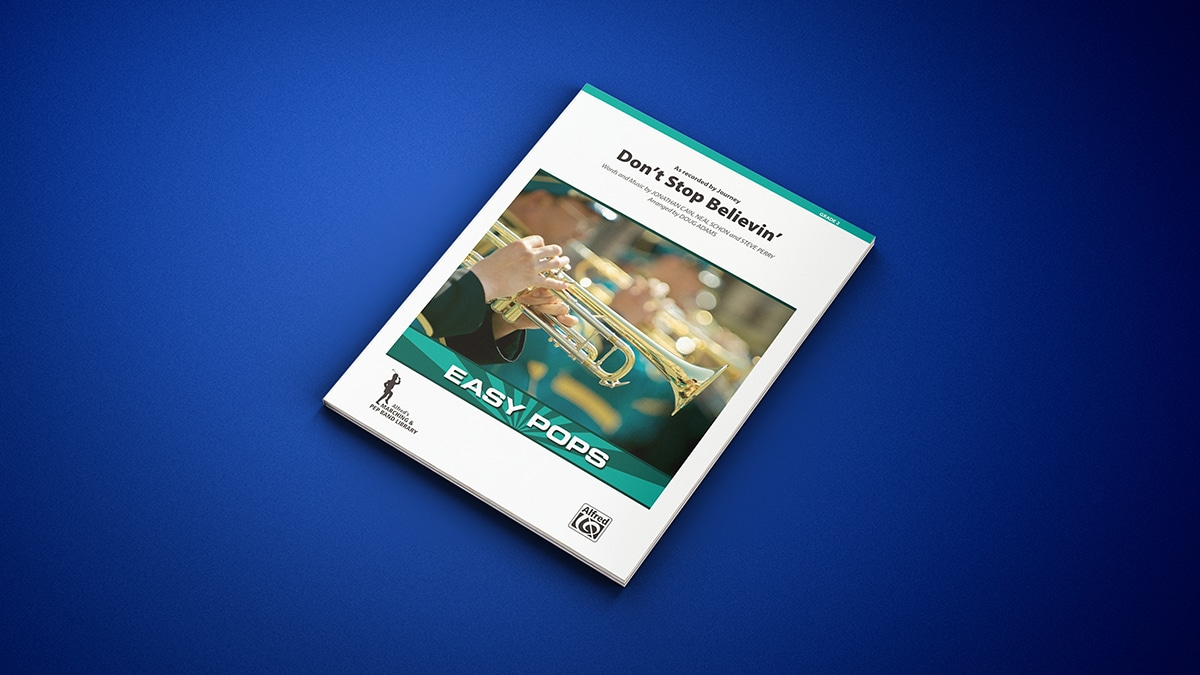 Number two on our list is “Don’t Stop Believin’” by Journey, and Doug Adams’ arrangement from Alfred Music’s Easy Pop series is a crowd-hype machine! Low brass and driving percussion start off this grade two chart, and you can either have trumpets solo or play the unison melodies. This pick is well-suited to fast starts or stops that might be needed during a game. 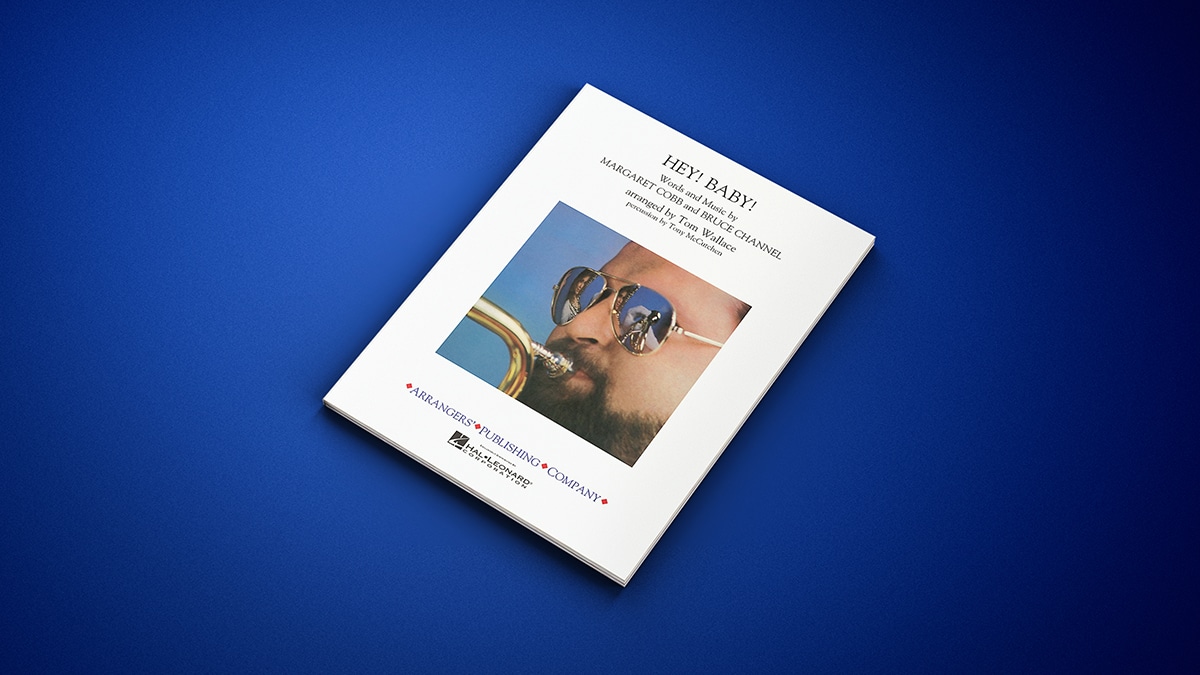 Finally, no list of marching band stand tunes would be complete without “Hey! Baby.” This tune is fast to learn and a great time to play, so much so that your brass section will probably never want to put their horns down. Everyone will be jamming to the marching band, which means you win regardless of the game’s final score.

Chances are, music for the stands is one of the last things you want to think about, especially while you’re still trying to learn your members’ names during band camp. Our awesome picks are wins all around: they’re easy to learn, fun to play, and offer quality education points for your band.

We hope that at least one or two of these easy marching band songs will help your band this season. If you found this article helpful, make sure to follow us on social media and watch our blog for more new content.