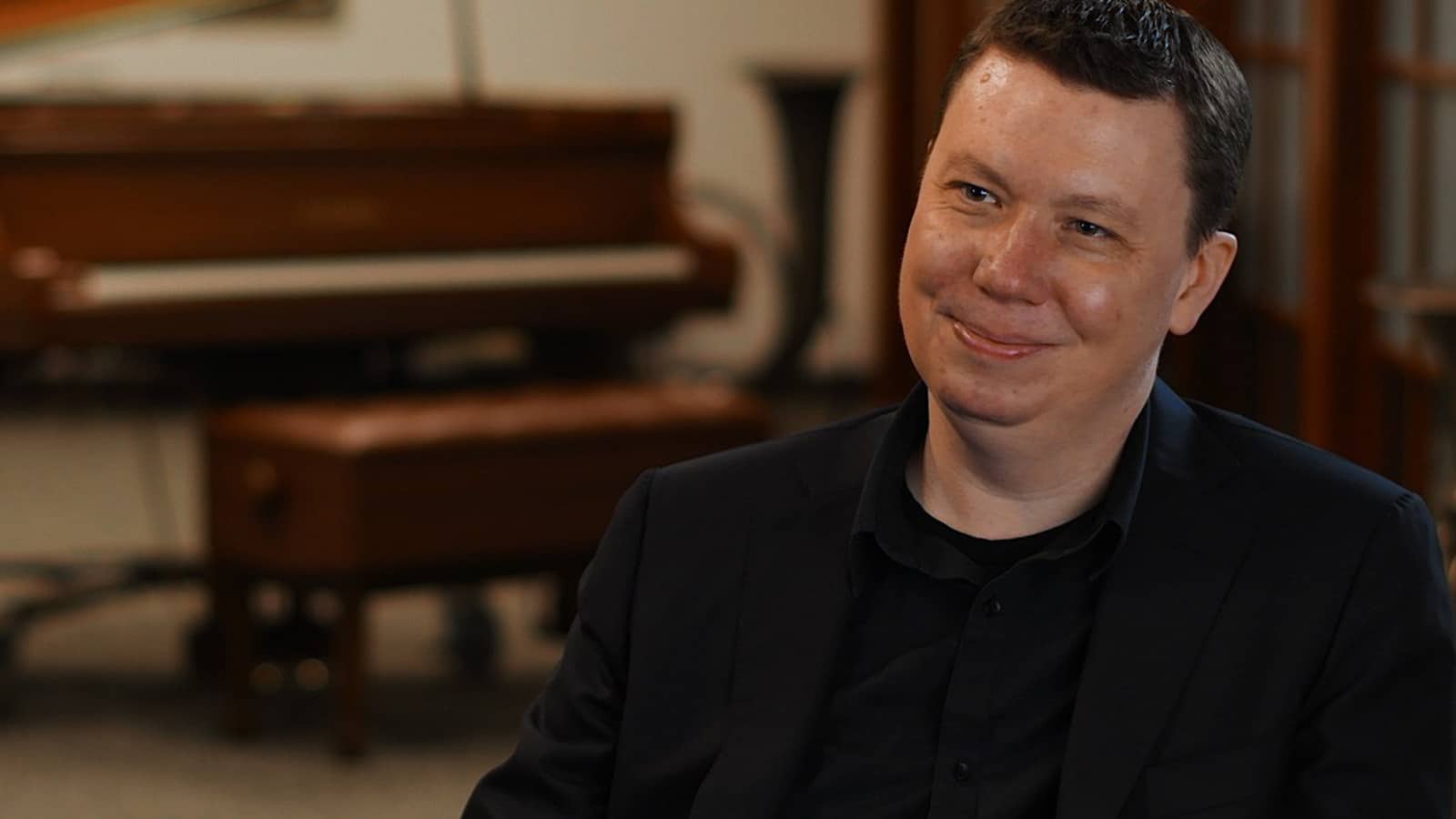 An Interview with Composer Ola Gjeilo

Ola Gjeilo began composing before he could even read music. When he was a child in Skui, Norway, just outside of Oslo, he taught himself to play the piano and created compositions that his father, an accomplished amateur saxophonist, would write down for him. His father’s love for jazz music led to the heavy influence of jazz in Gjeilo’s music at an early age and a special fondness for the improvisations of pianist Keith Jarrett.

Gjeilo segued to choir music after high school when he started studying classical composition with Wolfgang Plagge. Under Plagge’s tutelage, Gjeilo developed a love of writing for choir, soon creating some of his earliest successful works, such as his well-loved Ubi Caritas.

On his embrace of choral music, Ola says, “I can’t quite explain why, but I’ve always gravitated toward choral music. One of the things that I love about the choral world is it’s very warm. There’s a lot of heart.”

That interest, coupled with his immense talent, led Gjeilo to study at The Juilliard School, where he fell in love with New York City. It was while in New York that he began his partnership with Walton Music, now owned by GIA. With Walton, he published his popular Prelude, as well as the Ubi Caritas he wrote while still in Norway. Both these songs were performed at the American Choral Directors Association (ACDA) national conference in 2007 and led to a breakout of sorts for Gjeilo in the United States.

Continuing his education, Gjeilo returned to Juilliard to obtain his master’s degree and spent a year at the University of Southern California focusing on film music. Having studied at several prestigious music schools, one might expect his approach to composition would be similar to what other classically educated composers employ. However, through the years, Gjeilo’s method of composition has remained uniquely his.

“It’s not usually writing chronologically from A to B,” he said. “It’s more like a puzzle.” His works, he says, often come from emptiness – a sort of clearing of the head that allows him to start with a blank canvas and take in ideas as they come. Put more simply, he starts by improvising.

Gjeilo likes using a keyboard and sample libraries that allow him to mimic how each instrument or voice will sound more closely than a piano can. Then he records his ideas with sequencer software called Logic. He takes recordings of his ideas out into the world to listen to them, to see if they touch or inspire him in any particular way outside of his studio and to approach them more as a neutral listener. He then continues to build around the ideas that light a spark, and deletes the superfluous ones.

“I always wanted my music to be uplifting in some sense, even if the music is sad or dramatic. The goal for me is always that the listeners come out of it feeling more inspired.”

Gjeilo also varies his composition process depending on the role of the text. On some occasions, Gjeilo prioritizes the overall sound-world and timbre, where the text is more the servant of the music rather than the other way around. The result is something akin to the setting of a book or the colors of a painting, preparing a place where the music will live. This mindset is apparent in pieces such as Dark Night of the Soul, which instantly transports the listener to the universe Gjeilo has created for the work.

Looking ahead, Gjeilo is constantly working on new projects. One of his most recent compositions, Dreamweaver, will be performed at Carnegie Hall in February 2019. This piece is based on the popular medieval folk poem Draumkvedet, an epic ballad from his native Norway. The story is similar to Dante’s Divine Comedy and tells of a protagonist who dreams about a redeeming journey through the afterlife. In addition to this project, Gjeilo is also working on a solo piano album to be released by Decca Classics.

While working on these projects, Gjeilo strives to create a unique and rewarding connection with his audience:

“I always wanted my music to be uplifting in some sense, even if the music is sad or dramatic. The goal for me is always that the listeners come out of it feeling more inspired and uplifted than before; that when there’s a lot of conflict, even anguish in the music, there’s still a resolution at the end of it – something that transcends the conflict,” Gjeilo said. “I think that’s what we generally want in all areas of life; in war, relationships, everything. If there’s conflict, we want resolution. We want there to be peace, and that’s how I feel about music too. I want it to inspire harmony.”

To hear more from Ola Gjeilo, see our Pepper playlist:

0:18 Growing up in a small town in Norway
1:58 Gjeilo’s influences growing up
3:23 Learning how to compose with the synthesizer
4:58 How music education differs in Norway
5:49 Learning classical composition
6:43 Moving to the United States to attend Juilliard
7:12 Studying film music at the University of Southern California
7:50 The desire to compose from youth