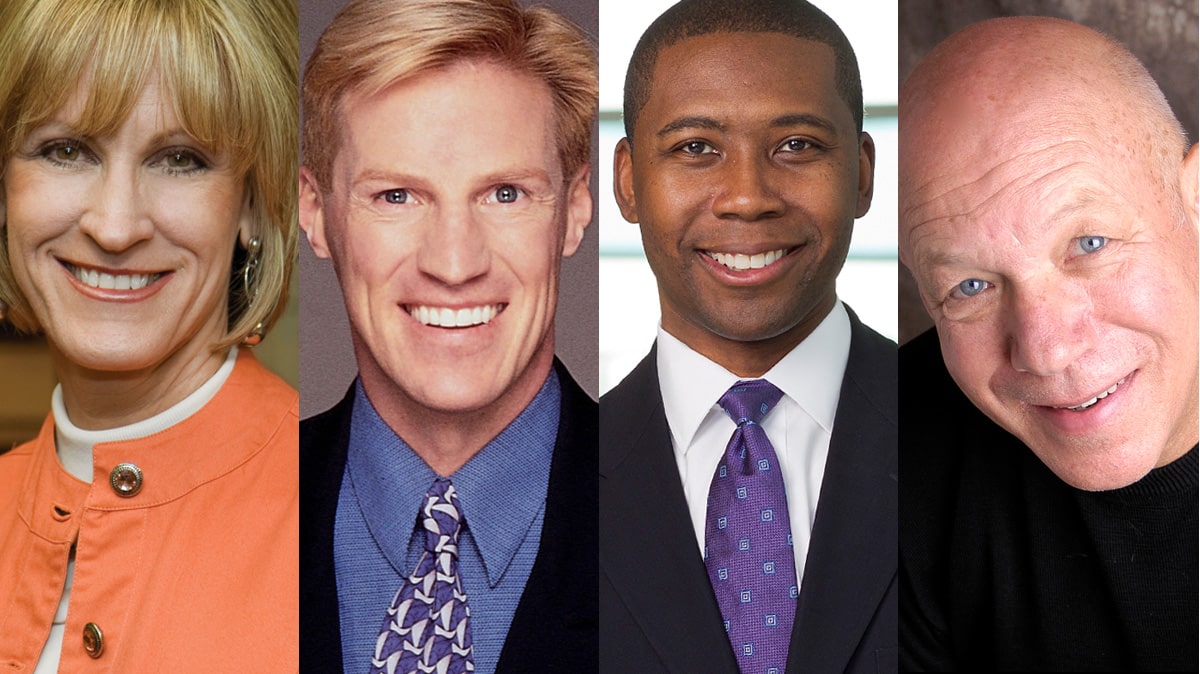 The Inside Voice: A Composer Roundtable from ‘The Joy of Singing’

This past summer, Pepper had the pleasure of hosting four of the nation’s top clinicians for a recent Joy of Singing workshop. While they were here, we brought them together to discuss their experiences with teaching, focusing especially on middle school. Before you watch the video, here’s some background on each clinician as well as a glimpse at their thoughts on working with middle school students:

Rollo Dilworth
Rollo Dilworth has published over 150 choral works and arrangements in addition to his years in music education. From 1996 to 2009, he was the director of music education and choral programs at North Park University in Chicago; he currently chairs the Music Education and Music Therapy Department at Temple University’s Boyer College of Music. In addition to his work in the collegiate realm, Dilworth has conducted a number of middle and high school honors choirs, helping build future generations of musicians. Pepper spoke to Dilworth earlier as part of the Inside Voice series, and his works are featured on our site.

On working with middle school students:
“I like the risk-taking nature, especially when you’re trying to get them to do something musically adventurous and to maybe even take on something that may be beyond what they think is the ceiling as far as their capabilities are concerned.”

John Jacobson
John Jacobson is a familiar face to many young musicians around the world, having given presentations on song and dance to hundreds of thousands of children and music educators. In addition to his music advocacy, Jacobson has written several books about the importance of education and inclusion in music, including the extremely popular A Place in the Choir. He is also the founder and president of America Sings, Inc., a nonprofit charitable organization that creates noncompetitive choral festivals which provide young performers the opportunity to use their talents for the good of their communities. Jacobson’s books and musicals can be found on the J.W. Pepper site.

On the charm of middle school students:
“You start to really appreciate their sort of quirkiness and that heart, and the fact that they can really do stuff – but they’re still childlike.”

Cristi Miller
Cristi Miller is an experienced teacher, conductor, and composer who has spent over 35 years in the classroom. In 2010, she began teaching middle school at Heritage Hall School in Oklahoma City. During her career, Miller has won a number of awards for her teaching including Putnam City Teacher of the Year and the OMEA Exemplary Teacher award. She is in high demand as both a writer and clinician, having contributed to both music magazines and textbooks while also presenting to students and teachers across North America. Miller’s works can be found on the J.W. Pepper website.

On why middle school music is so important:
“It’s an important time in their lives. You can help them make a decision about which direction they’re going to go, and I think those kids are ready to be empowered.”

Roger Emerson
Roger Emerson is an extremely prolific choral composer with over 500 titles in print. He is known for creating songs that young people love to sing, likely because of his teaching experience. He worked as a music specialist for 12 years in the Mount Shasta public school system before becoming a teacher at the College of the Siskiyous in Northern California. Emerson is also a popular lecturer and has won awards from many music education groups such as the National Association for Music Education, the California Music Education Association, and the New York State School Music Association. Emerson’s works can be found on our website.

On what music does for middle school students:
“Through music, you’re going to be hopefully a kinder, more compassionate, more open, broader person, and I think that’s why the middle school’s so critical.”

Check out our site for more information on middle school resources and repertoire, including one of the most significant book series on choosing repertoire, Teaching Music through Performance in Choir.