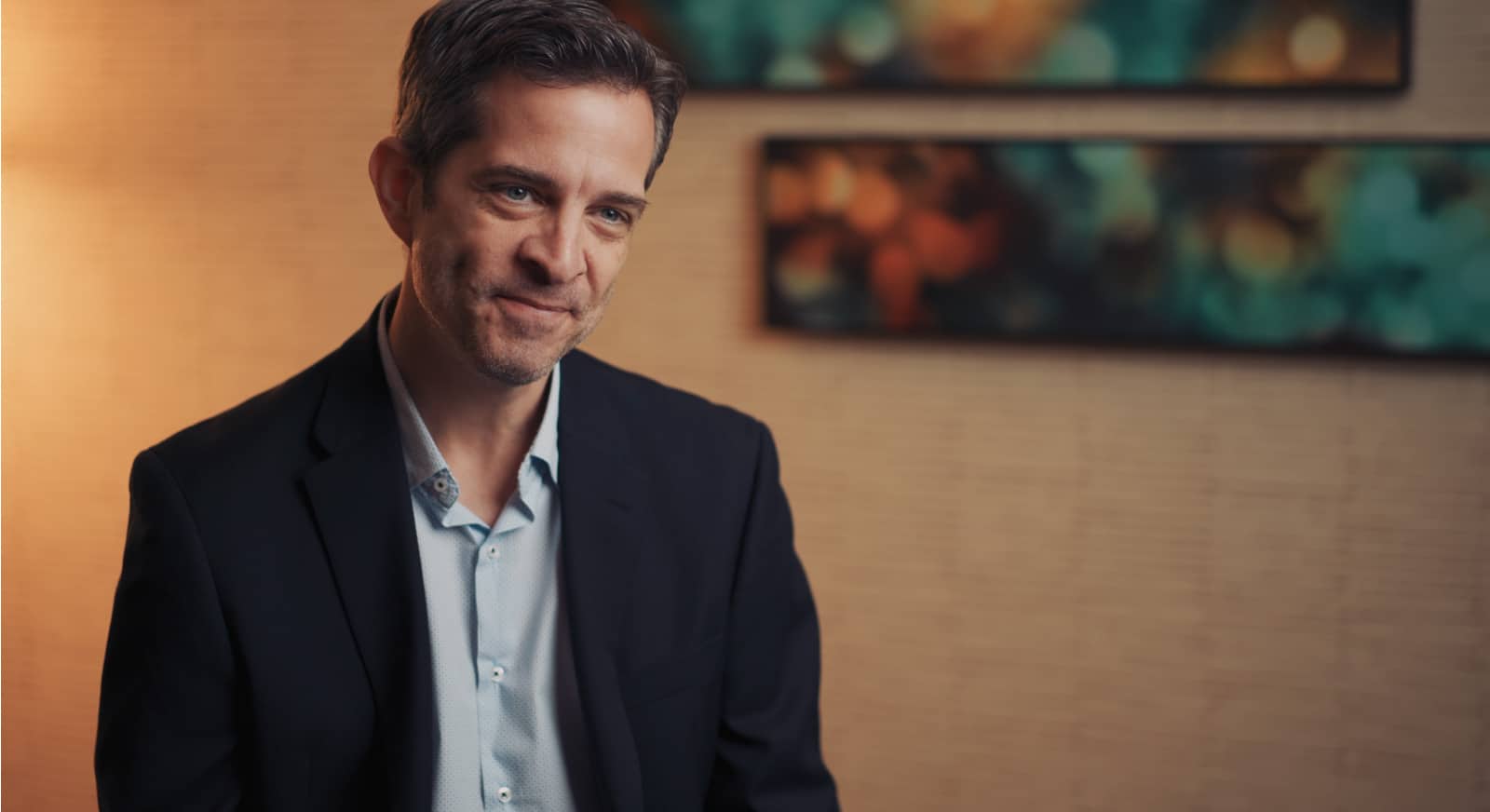 From Wacky to Serious: The Many Sides of Composer Mark Burrows

Duct tape, angry piñatas, healing, determination – all of these diverse topics and more are covered by choral composer Mark Burrows in his pieces. The talented composer has amassed a large body of work that is geared to a variety of ages and needs. In one piece, Burrows can lighten the mood for elementary school students, and in the very next, pull at the heartstrings of adults.

Just two of his newer pieces include the beautiful I Will Sing You the Stars, which is perfect for final concerts or graduations, and a new three-part voicing for A Dark and Stormy Night (Ode to Edgar Allan Poe), which is a fun, upbeat tune that would work for Halloween. Burrows says the ideas for many of his pieces come from the “constant joy of discovery.” He finds ideas everywhere he goes.

One example is another newer piece – his a cappella arrangement of the Czech carol Hydom, Tiddlydom. He found that piece at his mother-in-law’s house.

“She’s got stacks and stacks of Christmas carol books … and there was this little thin Penguin book of Christmas carols, and the second carol was Hydom, Tiddlydom. It was this charming Czech carol I’d never heard before, and I’ve gone through thousands of carols,” Burrows said.

Burrows made his arrangement and sent it to Alfred Music Publishing, which loved it. The work has become one of several multicultural pieces Burrows has created. None of this may have happened, though, if it weren’t for some dedicated teachers who kept Burrows on track in his younger days.

Burrows credits some very patient educators for helping him succeed. In middle school in Lamesa, Texas, he had a tendency to get into trouble in his choral classes. He finally ended up getting sent to the principal’s office where he and a friend had to explain why they deserved to be in choir in high school.

“The principal just looked us in the eye and said ‘Tell me why I need to let you do choir in high school,’” Burrows said.

And that question made Burrows get teary eyed, and he replied, “Because I love it and choir’s my life, and it’s the only thing I care about.”

Luckily, he was allowed to continue choir in high school, where he also challenged the teachers with his behavior. His patient teachers persisted. Burrows says he was fortunate to have wonderful choir directors in his small hometown who helped him stay on the path to a music career.

Burrows went on to college at Southern Methodist University in Dallas, Texas. He had hopes of being an opera singer, but he pursued music education courses as well. It seemed like education was the best choice for him when he did his student teaching at an elementary school in Dallas. His professor, Dr. Barbara Brinson, observed his class one day and was awestruck by his ability to reach the students.

“She was crying. And she said, ‘Mark, I’ve never seen you like this before. There’s a light in you. This is what you’re supposed to do,’” Burrows said. “That was an amazing gift.”

Dr. Brinson’s comments led him to become a music teacher in inner-city Dallas for four years. He says he loved it and credited Dr. Brinson for setting him on that path.

“It’s made me who I am in so many ways. You just don’t get gifts like that very often. And I’m grateful to her,” Burrows said.

Burrows began experimenting with composing when he was a teenager – his mother even made staff paper for him. He says his first pieces were “horrible,” but he kept at it.

“My friends would make fun of me and say that I was their favorite composer because that’s all that I did,” Burrows said.

As a teacher, he sent works off to publishers and kept receiving rejections. One day he saw a catalog that advertised it was looking for teachers who compose. Burrows submitted a collection of ten songs and received a letter saying the company was “delighted” to inform him his works had been accepted.

“I just about hit the floor and just started bawling,” Burrows said. “I was over the moon.”

His elementary school students were the first ones to perform the songs. That success began Burrows’ career as a composer, but he still had his share of rejection and found much value in that too. He now keeps many of his rejection letters.

“If you take whatever feedback you get and grow from it, then you are succeeding as a person,” Burrows said. “Whenever I go to visit schools, I talk about this exact thing. … We’re in class our entire life. Sometimes the teacher sits behind a desk and you sit in columns and rows. But most of the time our teachers are just the world around us, and we can choose to learn from it or not. And I choose to learn from it.”

Burrows has a word book that he carries with him. He writes down ideas and text when it comes to him, but sometimes those ideas sit untouched for years. Once he starts working on an idea, he says it often reaches a point where something in the piece doesn’t seem to be working.

“You start to go into the valley of the details – where you’ve got to work out chord progressions, or I’m constantly painting myself into corners,” Burrows said. “I used to be so uncomfortable with it. I just needed to finish it to get it out the door, and the editors would say it’s pretty good but it’s missing something. And what it was missing was time or patience.”

Burrows says now he has learned to be “comfortable with the discomfort,” and he’ll spend more time searching for ways to overcome composing roadblocks and find creative solutions.

How Burrows does this depends in part on the goal. A number of Burrows’ pieces reflect his role as an educator. His Ode to Pluto provides both science information and humor, and pieces like Duct Tape are purely fun compositions that resonate with children. These works require him to tap into his humor.

Other pieces have required Burrows to delve into different emotions, including a request he received a couple of years ago to create a composition with a deeper message. He was given a commission from composer Victor Johnson for a group being taken to a regional event. Burrows thought the request would be for another novelty piece, but Johnson told Burrows to write from his heart.

Burrows centered on the idea of finding wholeness after experiencing brokenness. The resulting piece We Will Sing the World Whole Again now appears on some festival lists, and after hearing it performed, a local reporter in Rolla, Missouri said the song “made it difficult to keep a dry eye.”

As with many composers, it is these kinds of connections that make the process worthwhile for Burrows. He shares a story about one family he knew from church that had a young daughter who was struggling one night with some big questions and doubts about herself. It was making it hard for her to fall asleep. Her parents comforted her, assured her, and tucked her into bed.

Later her parents heard the girl singing a song Burrows had taught her in choir – Prepare Ye the Way  – to soothe herself to sleep.

“They could hear her singing ‘a voice in the distance, a song in the night,’” Burrows said. “Her parents recorded that and sent that to me. And it’s such a gift to me. I’ll remember that forever.”

0:27 Being in love with music as a young man
3:36 What led Mark Burrows to choral composition
5:06 Attending college at Southern Methodist University
7:36 Becoming an elementary music teacher
8:25 Taking a chance on publishing