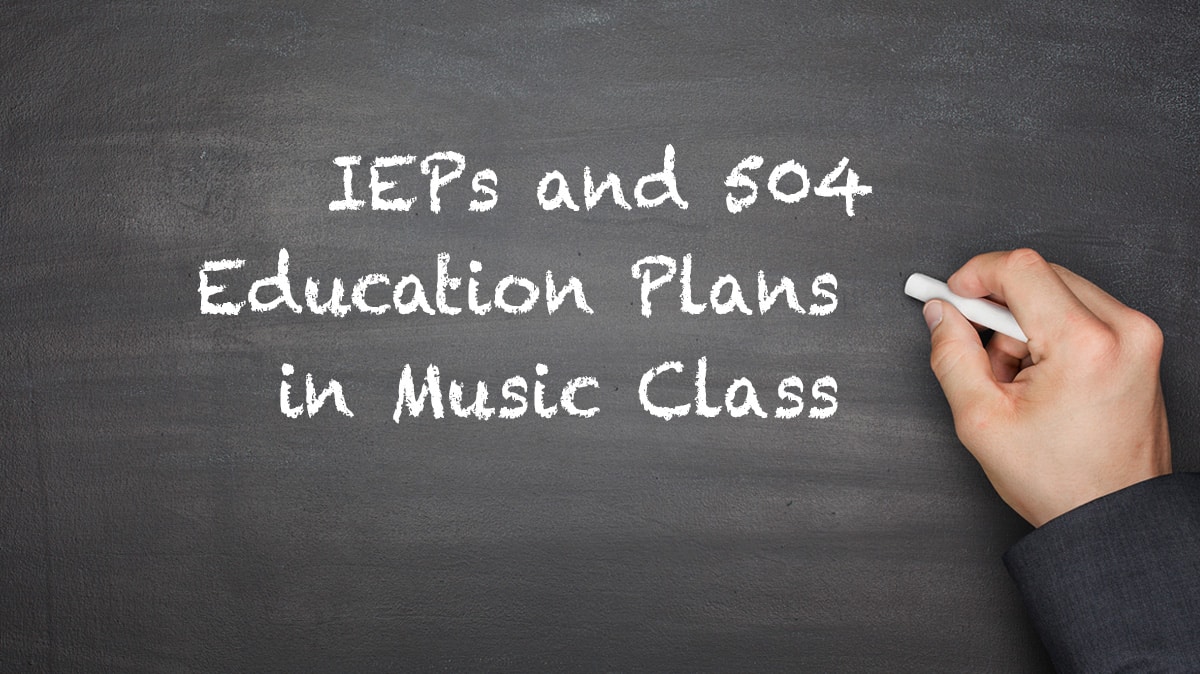 Dr. Alice Hammel remembers when Vinnie started school. He had frequent outbursts and struggled throughout most of his elementary school years; eventually, he was diagnosed as being on the autistic spectrum. Dr. Hammel, who is a nationally recognized expert on teaching music to children of all ages with special needs, said Vinnie was unusual in that he could not match pitch – at all.

Then came the answers. It was discovered he had a specific problem, discussed in our recent guest contributor blog on the brain: auditory white noise was interfering with his ability to learn. He underwent intensive therapy, and by fifth grade he went from being the student who could not match pitch to performing a solo in the school concert.

“The really fascinating thing is they can appear, or are, brilliant except for that one little, tiny piece that is their disability,” Dr. Hammel said. “We focus on using their strengths and bypassing their difficulty.”

To do this, first there has to be an understanding of the most common types of disabilities and how schools create plans to accommodate students with them.

An Individualized Education Program (IEP) is created for students who:

A 504 plan can be created for a wider scope of special needs and for children who may have one of the disabilities listed in IDEA but do not qualify for special education.  The plans are based on Section 504 of the Rehabilitation Act of 1973, which prohibits discrimination against people with disabilities.

This federal law defines a disability as something that substantially limits one or more basic life activities. Students with 504 plans may need accommodations, such as preferential seating, to be successful. Here is a chart that helps explain the differences and similarities between the plans.

Responsibilities of a Music Teacher

All educators should receive the IEPs and 504 plans for students they are teaching each year. It’s important to review them and understand any accommodations, modifications, and goals listed in the documents.

If there are any questions, a teacher can contact the IEP team or special education department for help. In cases where an accommodation works in a general education class but not a music class, Dr. Hammel suggests writing to the team. For example, if a student requires preferential seating near instruction, but earns a chair position that would require the student to be towards the middle of a band or orchestra rather than in the front or at the end, a letter may be ordered.

“I would send a note to the IEP team and say a student earned the chair, and ask if it’s okay to deviate from the plan,” Dr. Hammel said.

You also can talk to the team, the special education department, or your supervisor if you need to buy something for an accommodation, such as a special mallet, adaptive devices, or large-print music.  In most schools, there is a special education budget that is separate from the music budget, and you may be able to use those funds for these purchases.

The Most Common Disabilities You May See

The most common disabilities seen in most schools are generally not the ones some people expect. According to the National Center for Education Statistics, 34% of the students served by IDEA in the 2015–2016 school year had a specific learning disability (SLD). 20% had a speech or language impairment, 14% had other health impairments, and 9% had autism spectrum disorder. Other types of disabilities, such as a hearing or orthopedic impairment, are less common.

Children with SLDs often have average or above-average intelligence, and their disabilities are frequently considered “hidden” since their challenges stem from the way their brains process information. Students with SLDs learn differently and generally benefit from academic flexibility in the classroom.

Other health impairments include acute or chronic health problems that may affect energy levels or attention, such as heart disorders, diabetes, or epilepsy. It may also include students with attention deficit hyperactivity disorders (ADHD).

Autism spectrum disorder is a developmental disorder that can cause communication, social, and behavioral challenges. Students with ASD often benefit from structure, consistency, and breaks.

Ways to Help Teach Music to Students With Special Needs

Dr. Hammel says music class is a perfect place for students with special needs to thrive because it provides many opportunities for active participation, including the chance to demonstrate ability or progress in ways other than writing, such as singing, dancing, moving, making sounds, or drawing.

“It removes all the barriers and allows students to participate so they can be seen for their strengths rather than their differences,” Dr. Hammel said.

To help this process, there are generally four things Dr. Hammel considers when looking at ways to adapt her music classroom for a diversity of needs. They are:

To address this, in a rhythm lesson, for example, a teacher can verbally discuss and show visuals about rhythm patterns in addition to having the students write down rhythms and clap them.

You can also alter pacing by slowing down the tempo or giving students a longer period of time to learn a composition.

Dr. Hammel also says there are numerous apps to help with various disabilities. These apps can be particularly helpful for music teachers who have students with profound disabilities. Just a few examples are presented in this article from the National Association for Music Education (NAfME).

In the end, though, Dr. Hammel says the most important thing is the classroom atmosphere. She encourages the building of relationships in each class.

“When students get to know all the other kids in the group, they understand there is more that unites than divides them,” Dr. Hammel said.

Children with Exceptionalities: A Special Research Interest Group of the National Association for Music Education

Book by Judith Jellison: Including Everyone: Creating a Music Classroom Where All Children Can Learn