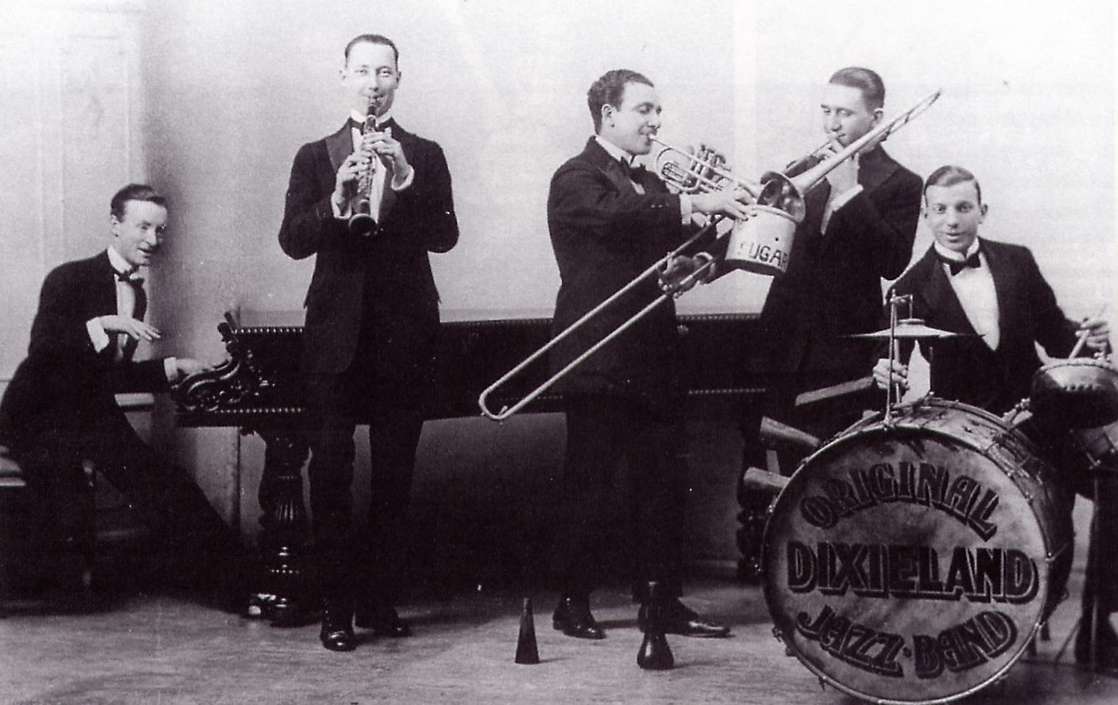 Jazz 100: A Century of Recorded Jazz

Jazz is widely considered the first purely American musical art form, and with good reason. Nothing epitomizes the nature of our nation quite as well. Jazz is a mixture of the many cultures that resided in the United States at the turn of the 20th century.

There are three notable streams of influence that created the music we know as jazz: African-American blues, Latin American, and traditional Western music. All of these influences came together early in the century and were captured in 1917 on the very first professional jazz recording. Its release started America’s love affair with jazz, but the genre’s origins are much older.

The rise of the Jazz Age coincided with a golden age in the United States. Gaining national recognition by the 1920s and spreading across the sea soon after, jazz became a musical movement at the same time that the United States was becoming a world power. Its influence skyrocketed during World War I, when ragtime and the early Dixieland bands became all the rage, and the advent of recorded music accelerated its spread. In the century since, it has developed and grown into many unique variations. Dixieland, swing, bebop, cool jazz, jazz-rock fusion, and smooth jazz were just a few of the offspring of jazz.

It is difficult to trace back all the origins of jazz, but most agree that the style first found its footing in the city of New Orleans. Then, as now, any excuse would suffice for a parade in New Orleans (including a funeral), and rarely does a day go by without one, with a brass band supplying the music. The marching music was infused with ragtime rhythms that were strongly influenced by the “Latin tinge” as Fernando “Jelly Roll” Morton would say.

J.W. Pepper’s invention of the sousaphone allowed the New Orleans brass bands to move from the concert hall and into the streets, creating a whole new dynamic for this new music. For these ensembles, the historically ideal instrumentation, in marching order, was:

This was a “formal” arrangement that could be expected from the classically trained Creole bands in the French Quarter. Uptown (across Canal Street) was a different story. Amateur musicians from the predominantly black Sanctified Church would cobble together whatever instruments they could, often playing by ear. Following the band was the “second line,” parade watchers joining in at the rear with makeshift instruments or simply hand clapping and singing. In such a cacophony, it was up to the powerful tuba or sousaphone to hold everything together; this can still be heard on the streets of New Orleans today.

Being a major port in North America, it was natural for foreign flavors to influence the budding New Orleans culture. People from all over the world met there, bringing their own styles to the city. Most of the instruments used in jazz music were those used in the classical and band music favored by Europeans and Americans from the eastern states. Through music clubs and other city night life, the influences of the New Orleans residents blended with those of the foreign visitors. The city took African-American rhythms and form, European instrumentation and harmony, and Latin musical styles, mixed them together and gave birth to jazz.

One of the big mysteries of jazz is where the name itself comes from. Often cited as having evolved from the term “jass” or “jas,” the actual origin is unknown. The term “jazz,” though, came out of Chicago and was used to describe the music there. At the time of the first jazz recording, however, “jass” was still a frequently used term.

The first commercial jazz recording was by the Original Dixieland Jass Band. On Febrary 26, 1917 they recorded Livery Stable Blues and Dixie Jass Band One-Step for the Victor Talking Machine Company. They were released on March 7, 1917. The record became a hit, selling more than a million copies, but both songs sparked lawsuits that caused Victor to drop them from the label for the better part of the year. They returned to the studios with a name change: The Original Dixieland Jazz Band. For several years the band remained a sensation, recording dozens of hits, but soon other bands caught the public’s attention and they dropped out of favor.

However, jazz itself was here to stay. This first recording let the world know that jazz had arrived. It also had a great influence on the genre itself as other bands did their best to sound similar to what the world could now hear on the phonograph. The world was changing in many ways, and jazz was woven into the fabric of these shifting attitudes. Even the way people enjoyed music was changing. Up until 1910 the popularity of music was determined by the amount of sheet music a tune sold; by 1925 the popularity of a song was determined by how many recordings it sold.

In the 100 years since this first recording, jazz music has become the quintessential American art form, and Pepper is celebrating its place in our history. Over the next few months, we’ll be honoring the great musicians who shaped jazz in all its forms. We will be posting about the evolution of jazz, pioneers of the genre, and its influence on our culture as a whole. We hope you will join us in this celebration of American history and culture.

Throughout 2017, Cued In is celebrating the Jazz centennial with interviews and blogs about Jazz history. Be sure to check back or subscribe to our blog so you never miss a beat!

We would like to extend a special thanks to Professor Robert Rawlins of Rowan University for his contributions to this article.