Home Instrumental Jazz 100: Christian McBride and the Future of Jazz 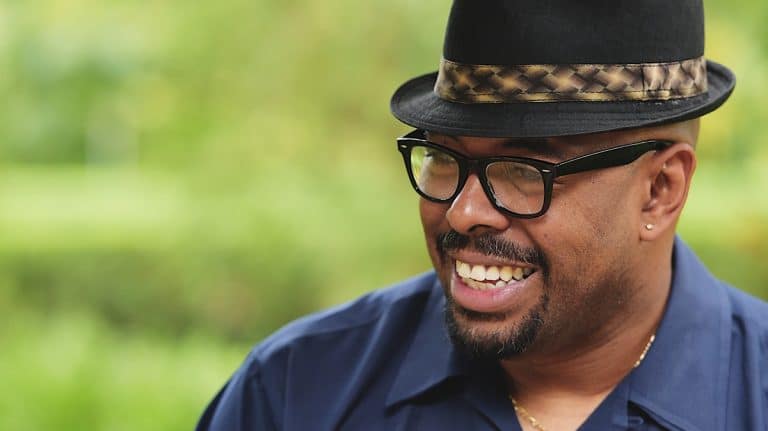 In the orchestral world, the bass section is often underappreciated, being relegated to the back of the ensemble and assigned the vital yet rarely glamorous task of setting the foundations for each different piece. In jazz, however, a bassist has the opportunity to explore a greater range of style and sound. The best jazz bassists are not just talented, but versatile – two words that happen to perfectly describe jazz bassist Christian McBride.

The product of a musical family, McBride began his music education by focusing on the popular music of his youth. When he was introduced to jazz, he launched into earnest exploration of its many different styles. By learning a number of different musical styles, McBride opened himself up to playing with any other musician he might be paired with. This versatility is one of the keys to his success. In his own words, a musician should “learn how to serve what a particular gig demands.”

This openness to the full scope of jazz has allowed him to work with some of its biggest names – names like Chick Corea, Wynton Marsalis, and Eddie Palmieri. One of his most famous endeavors was an album called The Philadelphia Experiment, where he collaborated with two other Philly natives, pianist Uri Caine and Roots drummer Questlove. Guests on the album included Pat Martino, John Swana, and Larry Gold.

I think as long as there are musicians or people in general who are willing to push themselves as far as they can go intellectually and creatively, there will be no shortage of interesting, deep, and powerful music.

Through all these partnerships, Christian McBride has both “served the gig” and forged a sound all his own. “We take in all these experiences, we take in all the music that we’ve listened to and learned from other people,” says McBride. “And you just develop your own language, your own sound, your own thing and it just comes out.”

McBride’s “own thing” has gained him quite a bit of recognition. In 2016, McBride took over organizing the Newport Jazz Festival. Started in 1954, the festival is one of the most significant annual musical events in the nation. Many of the biggest names of all time have taken the stage, including legends outside the realm of jazz music.

Christian McBride is a natural choice to guide the future of the festival. Not only is he a face of the future of jazz, he is also a mentor to other young musicians. In jazz, McBride sees a great opportunity to build on the first 100 years of jazz. “In the grand scheme of culture, world culture, 100 years isn’t very long,” says McBride. “Jazz is still a baby in many ways. So there’s still a lot of developing to do.”

That is one reason why he and his wife Melissa Walker started Jazz House Kids, a community arts organization exclusively dedicated to educating children through jazz. Jazz House Kids works to ensure that students have access to music, education, and mentoring. McBride cares deeply about the future of jazz and bringing jazz to younger generations. He helps to do so both through this organization and on his NPR program, Jazz Night in America. And that future is very bright.

Jazz is still a baby in many ways. So there’s still a lot of developing to do.

“I think as long as there are musicians or people in general who are willing to push themselves as far as they can go intellectually and creatively, there will be no shortage of interesting, deep, and powerful music,” says McBride. Under his tutelage, we have no doubt that the next generation of jazz musicians will continue to create such music.

Check our site for string bass methods and accessories.