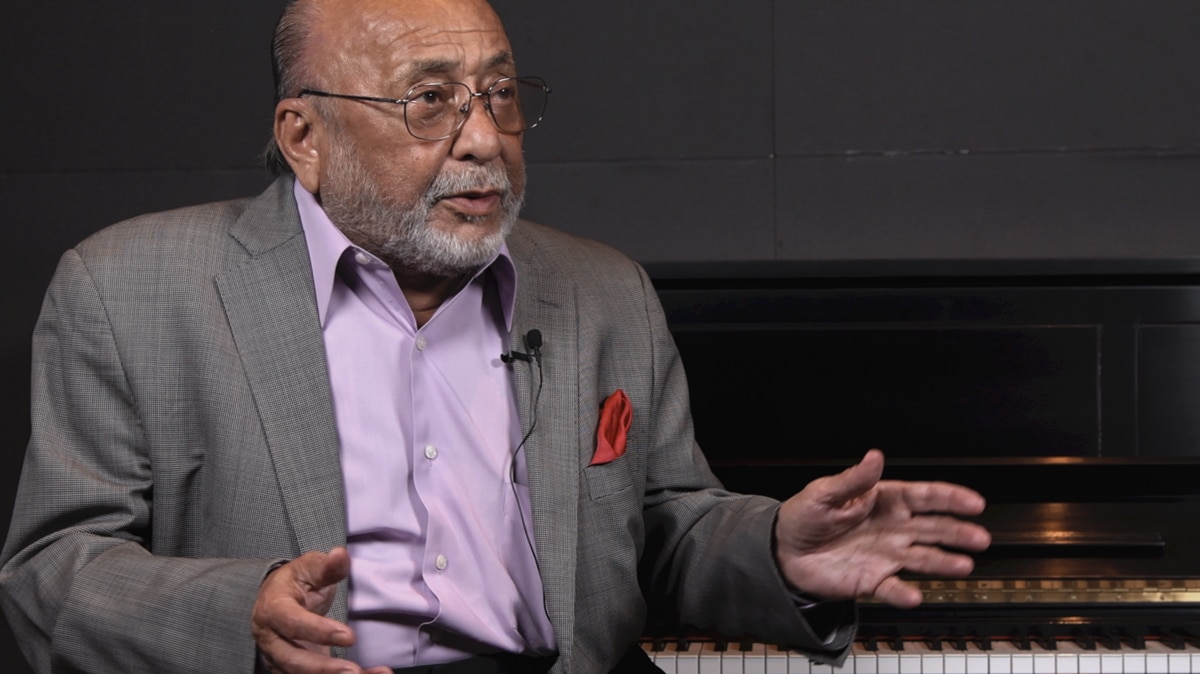 Eddie Palmieri is a pioneer of Latin and Afro-Cuban jazz music. One of the greats, alongside contemporaries Paquito D’Rivera and Arturo Sandoval, Palmieri has made it his mission in life to keep the flame of Latin jazz burning. Through his tireless dedication to his craft, he has helped to develop and spread the many flavors of the music he loves.

Pepper had the opportunity to speak with Palmieri when he accepted the Jazz Education Network’s 2017 LeJENds of Latin Jazz award. During our conversation, Palmieri discussed his own musical formation, but he also explained the roots and development of Latin and Afro-Cuban jazz in a way only he could. His insightful, first-hand account of how jazz was influenced by African and Hispanic cultures is a fascinating story.

Palmieri is perhaps best known for popularizing salsa music. Pieces like Azucar, Muneca and many others introduced the rest of the world to the sound that Palmieri loved. These pieces and more can be found in the piano compilation book, Hot Salsa… ¡Caliente!

In 1976, Palmieri won the first-ever Grammy for Best Latin Recording. From there, he continued to develop his sound. He had already begun to incorporate rock styles into his music and soon embraced funk music as well. Palmieri never really stopped developing his craft, continuing to be innovative and original. He even tried his hand at producing, becoming a prolific and successful producer while helping to influence the growth of the Jazz Fusion movement alongside fusion greats Pat Martino and David Liebman.

Palmieri has not slowed down at all. He has a new album called Sabiduria and is embarking on a 13-stop tour in conjunction with his 80th birthday. We hope you enjoy our interview with this brilliant, legendary musician.