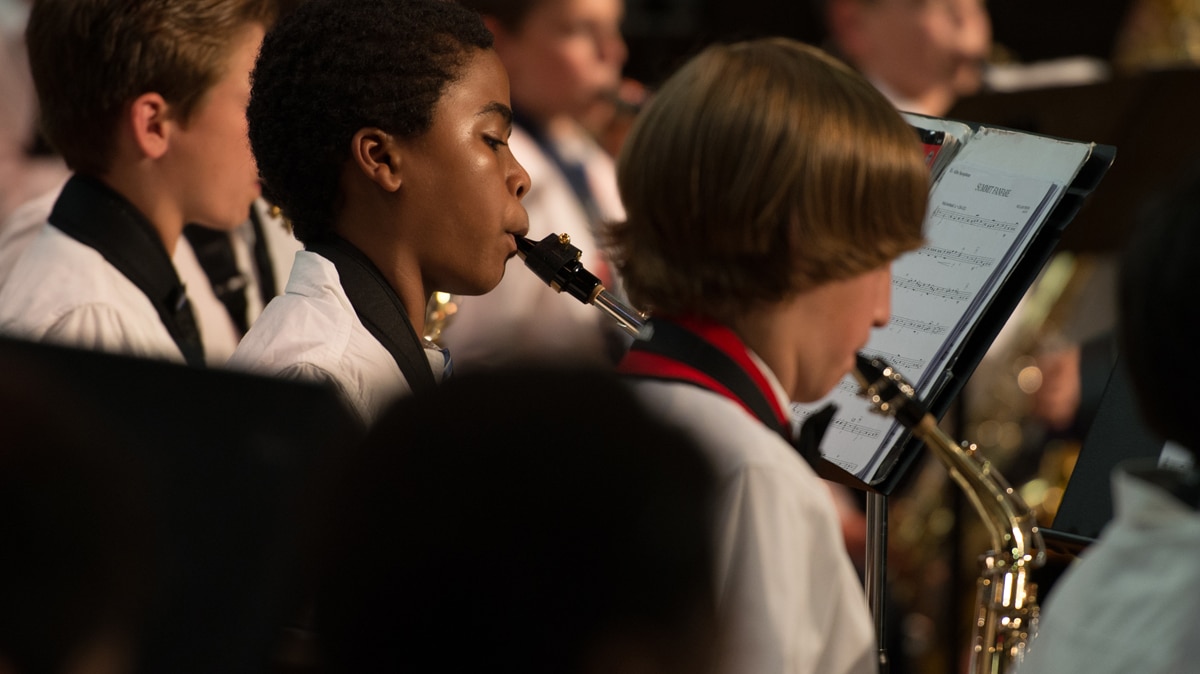 In March, the National Association for Music Education (NAfME) and music associations across the nation celebrate Music in Our Schools Month (MIOSM). It is a time to appreciate the importance of music to the formation of young minds and its value in our everyday lives.

At the end of February, Pepper Editor and former Delaware Music Educators Association president Tom Dean gave us an article with ideas on how to celebrate MIOSM in your own school. Pepper would like to provide you with some more resources to help you express the importance of school music during your spring concerts.

Sometimes, the best way to demonstrate the value of music in education is through the words of others who have immersed themselves in the musical world. Pepper has had the pleasure of interviewing a number of prominent musical minds, and we’ve collected their thoughts on the importance of music education into a YouTube playlist. Consider playing one or more of these clips for your audience before your next concert or while each ensemble gets set up on stage.

It’s not just people who make music for a living who believe in the positive impact of music on young students. The facts all point to music as a catalyst for intelligence and success. We’ve built an infographic that demonstrates just how much being involved in music at a young age positively impacts students for their entire lives. This infographic is easy to share with others or place in your next concert program. 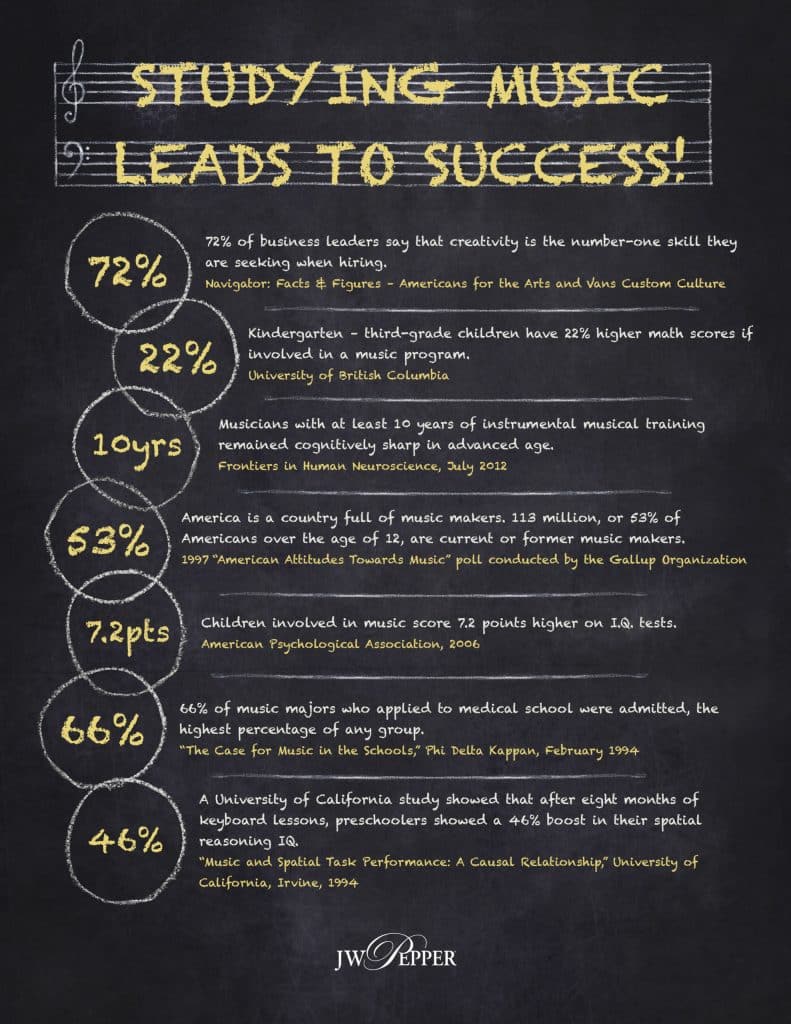 There’s no shortage of information on how important music is. People in all walks of life have recognized its vital place in our world. If you’re looking for something extra to add to your concert program to encourage your audience to show their support, we’ve compiled a number of quotes and statistics that demonstrate the significance of music in our schools. You can find a slideshow with these quotes below, as well as text versions of the quotes and the statistics from the infographic. Consider putting a favorite on the front of your concert program or place one at the top of each page. It’s up to you!

If you’re looking for more concert resources, Cued In has some great content on subjects like concert etiquette and program planning. Pepper has made it our mission to support music education, working with Music Education Associations and teachers across the country. Our dedicated regional staff members are available to help with whatever you need.

We hope you find these resources helpful. Good luck on a great spring concert season!

“Music acts like a magic key, to which the most tightly closed heart opens.” Maria von Trapp

“I think music should be the basis of an education, not just something you do once a week.” Joshua Bell

“What a tragedy it would be if we lived in a world where music was not taught to children.” H. Norman Schwarzkopf

“I get most joy in life out of music.” Albert Einstein

“Whoever has skill in music is of good temperament and fitted for all things. We must teach music in schools.” Martin Luther

“To stop the flow of music would be like the stopping of time itself, incredible and inconceivable.” Aaron Copland

“Every child is an artist until he’s told he’s not an artist.” John Lennon

“It’s easy to play any musical instrument: all you have to do is touch the right key at the right time and the instrument will play itself.”  J.S. Bach

“Some people think music education is a privilege, but I think it’s essential to being human.”  Jewel

72% of business leaders say that creativity is the number one skill they are seeking when hiring.
Navigator: Facts & Figures – Americans for the Arts and Vans Customer Culture

95% of Americans consider music to be part of a well-rounded education, and 93% feel that schools should offer music education as part of the regular curriculum.  Nearly four in five even say that music education should be mandated for every student in school.
2003 Gallup Poll conducted for NAMM

Schools that have music programs have an attendance rate of 93.3% compared to 84.9% in schools without music programs.
The National Association for Music Education “Music Makes the Grade.”

Schools that have music programs have significantly higher graduation rates than do those without programs (90.2% as compared to 72.9%).
2006 Harris Interactive poll of high school principals

America is a country full of music-makers. 113 million, or 53% of Americans over the age of 12 are current or former music makers.
1997 “American Attitudes Towards Music” poll conducted by the Gallup Organization