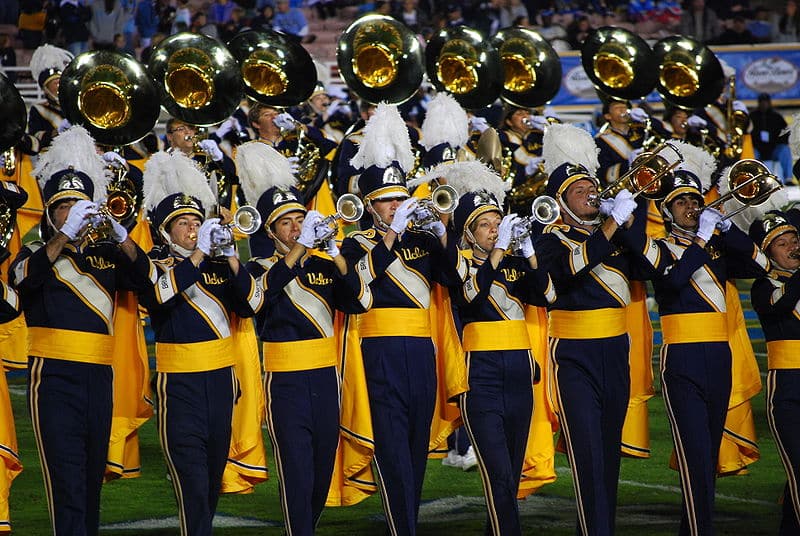 With marching band season gearing up once again, directors find themselves looking to their flock of students in search of that indispensible percentage that will prove themselves leaders.

Many students are gregarious.  Some are popular.  But only a select few truly have the makings of a leader, and these students are an invaluable part of a marching program.

Teens identify with their peer group more strongly than any other models, so placing good peer examples in front an ensemble can set the tone for an entire marching season, even the whole academic year.  Drum majors and section leaders with the right attitude toward the job make a director’s task that much easier, while negative leaders can misdirect the ensemble’s attitude and work ethic.

So what should a director look for in a student leader?  The following series explores the traits that will prove substantial assets to any group as the marching year progresses.

An Attitude of Service: A Non-Negotiable

The most important quality for a student leader isn’t a flashy conducting style, the loudest voice for calling commands, or the biggest smile;  it’s an attitude of quiet willingness to serve.  Leaders need to be willing to do the thankless jobs that nobody even notices until they aren’t done.  Great student leaders anticipate the ensemble’s needs and are eager to fulfill them, even if that means walking around during the group’s break time and collecting empty granola bar wrappers.  Only a student who consistently demonstrates a genuine care for those under his leadership will earn the respect that inspires other students to follow that leader through challenging times.

This attitude of service is foundational in building a strong leader/follower relationship underpinned by the confidence that the student leader genuinely cares about those he is called to lead.  But students will only follow as far as the leader’s expertise is capable of taking them.

Next: Why a commitment to excellence and high level of achievement are also qualities student leaders must possess.

For some practical tools in developing student leaders, drop by the following product pages: