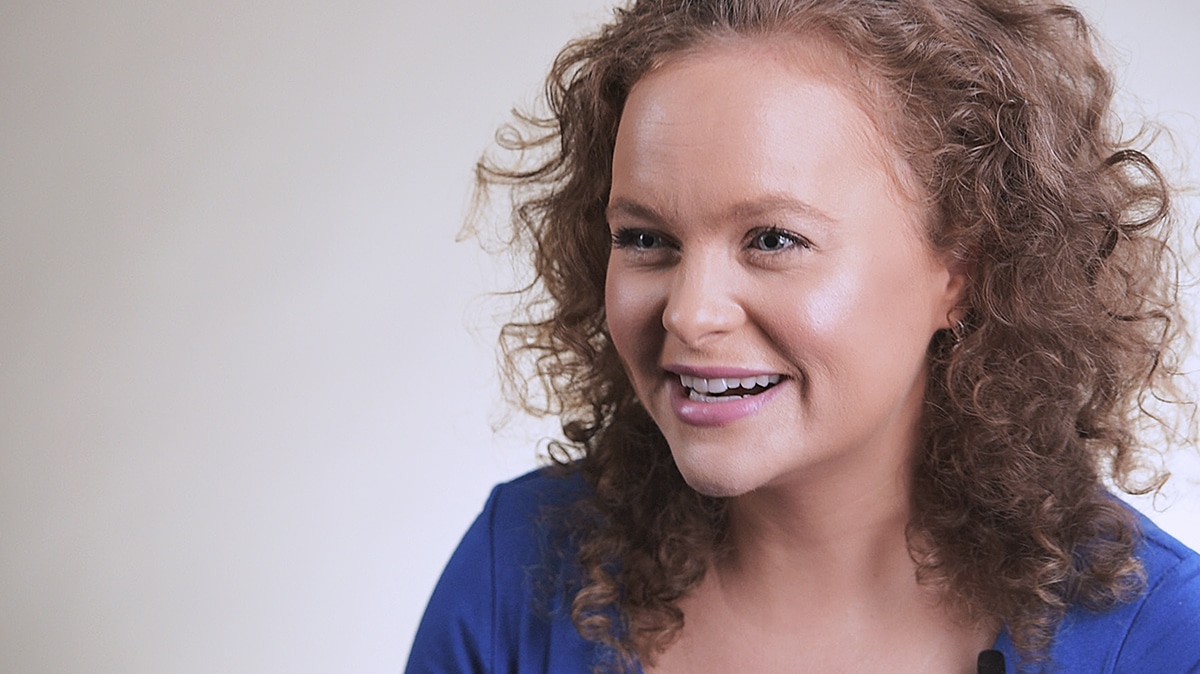 The Inside Voice: An Interview with Amanda Jane Cooper

It is hard to match the magic of musical theater, and when the show in question happens to be the smash hit Wicked, magic is just the start. For the past 14 years, Wicked has enchanted countless visitors with its charm, leading to both national and international tours.

The show is still going strong, adding to its impressive run with each passing night. Wicked national tour veteran Amanda Jane Cooper made her Broadway debut recently, taking over the role of Glinda in the Broadway production. Pepper was honored to sit down with Cooper and talk about her journey from an aspiring young actor to the musical theater big time.

Growing up in the Philadelphia suburbs, Amanda Jane Cooper got involved in singing and theater at a young age. Her parents were very active in supporting her efforts, with her mother making costumes for 36 different productions and her father archiving film footage of those performances. Cooper attributes much of her success to their support and encouragement. From them, she learned to put her whole heart into her goals.

Support from music and theater teachers also helped her grow into the performer she is today – especially from one particular teacher when she was very young. A shy child, Cooper was known by her other teachers to be very quiet. She was so quiet, in fact, that they thought her music teacher was making a mistake when she cast her as the lead in the class play. That teacher took a chance on her anyway, and the rest is history. To this day, Cooper is fond of reminding people, “Never discount the shy kid.” With a little help from her teacher and parents, she was able to break through her own shyness and become open to new and challenging experiences.

That openness, in Cooper’s opinion, is one of the most important attributes of any successful actor. Being a part of musical theater is not a sacrifice but a privilege that not many others have. So rather than feel entitled, the best thing for a young actor to be is open to the advice of others. In short, be teachable. As Cooper says, personal character matters more than your talent. In her own words: “People say, here’s some advice for you: be nice to everybody because you don’t know who they are and you don’t know where they can get you… no! Don’t just be nice because they can help you, be kind because they’re a fellow human being. It’s so important to honor each other’s humanity.”

Cooper’s combination of good-natured kindness and unique talent has certainly paid dividends, especially as she moved on to college. She graduated from Carnegie Mellon’s School of Drama, approaching her time there with humility, which allowed her to develop flexibility in her talents and a willingness to learn and grow at all times. Right after graduating, Cooper booked a part in the New York City Fringe Festival, followed by another in Letter from Algeria at the Abingdon Theater, before booking the part of Glinda in the national tour of Wicked.

Since then, Cooper has remained open to new experiences, appearing in several TV shows including Bones, Glee, CSI, Disney’s Jessie, ABC’s Selfie, HBO’s Hello Ladies, and more, as well as a number of films. She has also starred in many regional theater productions. To Cooper, storytelling is a powerful way to connect humanity and bring hope, no matter the medium. It is her belief that this sort of openness is key to finding success in show business and she encourages aspiring actors to do the same.

Finally, Cooper thanks God for all the dedicated music and arts educators she has had throughout her life. Starting at Great Valley School District and continuing at Carnegie Mellon, her life has been influenced by many great teachers. That music education was important in her life, not just because she decided to pursue a career in music theater. As Cooper says in her interview, “music education is not negotiable – it’s not frivolous, it’s not extra; it’s vital, it’s part of our humanity and I think it’s a tragedy when it’s not viewed as an essential part of a child’s education.”

The people in Cooper’s life made sure to provide her with that all-important education. Between those mentors and the efforts of her parents, she had support from many amazing people – and that is what students need more than anything, natural talent included.

With that strong upbringing and years of hard work, Amanda Jane Cooper is poised to take Broadway by storm!

Love musical theater? Visit Pepper to browse Broadway vocal selections books and musical theater collections. We also have materials to get you ready for that big audition!