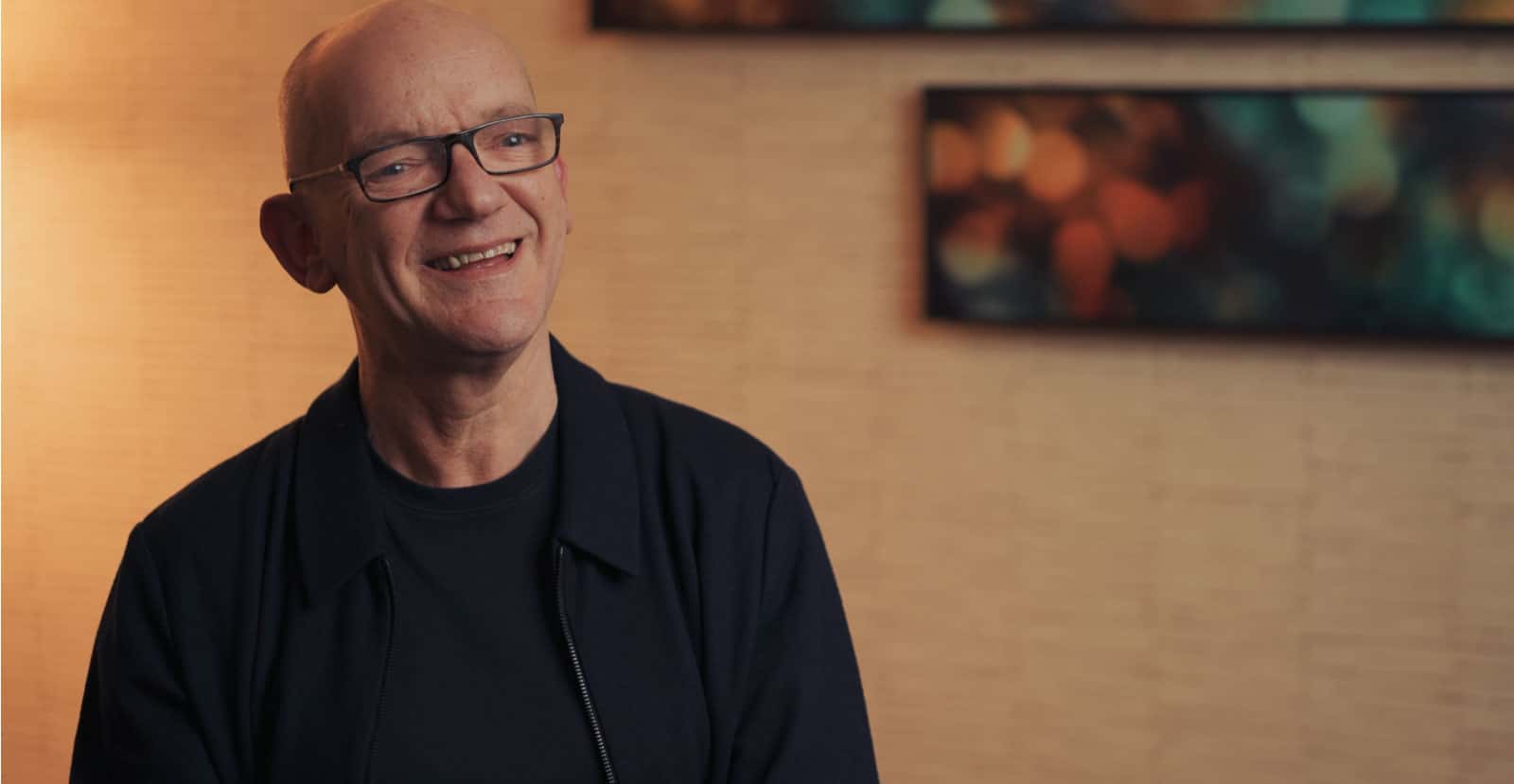 The Inside Voice: An Interview with Bob Chilcott

Arranger, composer, conductor, and performer – Bob Chilcott has played every part of the musical process. His choir music is sung around the world and loved by singers of different languages and skill levels. Pepper spoke with Chilcott at the 2019 ACDA National Conference about his path to becoming a composer, his advice for young composers, what he loves about choir, and more.

Hailing from the suburbs of London, England, Bob Chilcott showed great musical prowess at a very young age. While his family moved frequently, Chilcott found stability in his church choir where he excelled so much that the vicar of his church pressed him to try for a choristership at King’s College in Cambridge, to which he was accepted in 1963 at the age of eight to learn under Sir David Willcocks.

Chilcott returned to King’s College in 1973 on scholarship at the age of 18. Soon after, Sir David retired and Sir Philip Ledger took over and became a great influence on Chilcott, both personally and professionally. Ledger helped him develop his talents as a tenor singer, and Chilcott went on to eventually marry Ledger’s daughter. Between Ledger, Willcocks, and a guest-conducting appearance by the world-renowned Benjamin Britten, Chilcott had all the support and inspiration to become one of the best-loved choral composers active today.

Performing and Arranging in London

Being a talented tenor, Chilcott was able to find substantial work in and around the city. At the same time, he began to arrange music for the BBC Radio Orchestra and the BBC Big Band, creating jazz charts and quartets as well as vocal pieces. By the mid-1980s, his vocal work caught the attention of Simon Carrington, who asked him to arrange some pieces for the King’s Singers, one of England’s most famous vocal groups, who were planning to record a children’s album called Kids’ Stuff.

After the album, Chilcott stayed on arranging for the group. When one of the members fell ill, he was asked to fill in and eventually was given a spot. Chilcott continued to arrange for the group while he sang with them, creating both vocal and orchestral parts. During this time, he also wrote a commission for the Toronto Children’s Chorus and tenor Ben Heppner.

Bob Chilcott’s journey to becoming a popular composer was aided by his time with the King’s Singers as well as his friendship with fellow British composer John Rutter. The King’s Singers had a relationship with Hinshaw Music, who took an interest in Chilcott’s work for the group. They began publishing his work in the mid-1990s.

“I wrote some pieces for the Gustavus Adolphus College Choir in Minnesota,” says Chilcott. “A very fine choir. I wrote three settings of Walt Whitman and I sent them to various conductors. And one person I sent them to was John Rutter… I didn’t hear anything from John and wondered if it was all okay. A little later I had a letter from an editor at Oxford University Press who said John Rutter has sent [them] these pieces. [It] said that while we think we like them, we have no opportunities to publish something like this right now.”

Chilcott persisted, and after a few quite successful publications, he eventually signed a contract with Oxford University Press. He left the King’s Singers to compose full time. He also began working as the conductor of the Royal College of Music Chorus in London. Since 2002, he has been the principal guest conductor of the BBC Singers.

When asked about his advice for aspiring composers, Chilcott had this to say: “I found one of the biggest bits of advice I’ve ever given to composers is to get away from the machines. Do it in your head or on your piano if you need to. Then put your thoughts down on paper, because it makes you think about the process and the idea in a different way. There is no doubt that machines are wonderful and everything, and music software has been a great help to composers. But I think they can sometimes cloud and restrict the process of composition. Our brains are ultimately much better!”

Bob Chilcott prefers a broad approach to composition, pulling in influences from a variety of sources – from classic English composers like William Byrd to more contemporary jazz styles. His eclectic interests are apparent in the wide breadth of his pieces, and even now he continues to explore new musical realms with his work. He has just written his first children’s opera, Birdland, in partnership with his longtime librettist, Charles Bennett, which is due to premiere in 2020.

Chilcott has recently written a Christmas oratorio for the 2019 Three Choirs Festival, the oldest music festival in the world, held this year on August 1st in Gloucester, England. The festival includes the Cathedral Choirs of Gloucester, Worcester, and Hereford. Other new works include Make Us a Channel of Your Peace for the Sing for Peace Festival in Japan in the Olympic year and Times and Seasons for upper voices. Times and Seasons is a collection of songs set to new poetry written by Delphine Chalmers, a student at Oxford University; the songs are composed for four different choirs in Japan, Australia, England, and Germany.

Please enjoy our interview with Bob Chilcott and visit jwpepper.com for more works by the master composer!

0:24 Bob Chilcott: Growing up with church choir
1:44 Singing in the Spring Symphony with Benjamin Britten
2:35 Going back to sing at King’s College
3:20 Finding work as a singer and arranger
4:02 Arranging for the King’s Singers and then joining the group
5:17 The influence of John Rutter
6:17 Arranging choral music with orchestra backing
7:19 The start of his relationship with Oxford University Press