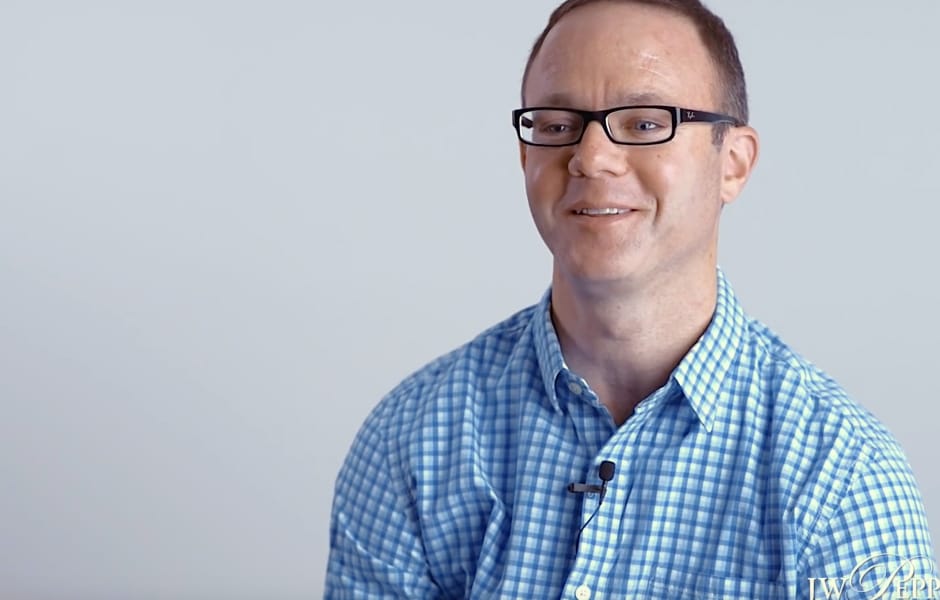 Composer Brian Balmages’ sheet music can be found in music rooms across the nation. He has written music for every skill level from very easy to advanced. This, coupled with his ability to write music for both band and orchestra, is a big part of his success over the years, but there is something in his compositions that delves far deeper into the emotions of musicians and listeners alike.His ability to touch on raw emotion with his music is akin to many of the most notable composers throughout history.

Balmages started his musical career as a trumpet player. His father was his elementary school band director, which aided in his development and presumably meant that he could never get away with not practicing. Over time, he found that he truly loved playing his instrument as part of a full orchestra. This led him to James Madison University, where he continued his studies under famed composer Robert W. Smith and trumpet professor Jim Kluesner. After obtaining a degree, he began working toward a master’s degree from the University of Miami, studying under band director Gary Green. While there, he began composing music for whatever ensemble he was working with at the time, from small groups like the university brass quintet on up to the prestigious Miami Symphony.

His extensive studies and talent for a variety of musical styles opened a wealth of opportunity for Balmages upon his graduation. He started out playing for Disney, but it would not be long before he began composing on a large scale. Balmages’ former teacher, Robert W. Smith, reached out to him about a new opportunity presented to him by Frank J. Hackinson. The partnership that followed would be instrumental in the development of Balmages as a composer as well as the success of the FJH Music Company.

In addition to his music for advanced musicians, Brian began writing music for beginning students, finding his voice over time. He is meticulous in his craft, incorporating everything down to the correct bowing for his orchestra pieces. However, it was not until he mastered the art of instilling his own emotions into his music that he truly came into his own. While writing the piece Invictus, Balmages had a transformative experience in his writing. During its composition, he began to understand that while playing with technical perfection creates good music, the only way to make a truly moving experience is to feel the emotion instilled in each note.

Today, Balmages is the Director of Instrumental Publications for the FJH Music Company, but he has never stopped being a performer. While he does not play his trumpet in ensembles quite so often, he still conducts a variety of groups. Conducting, he feels, is as important a part of the process as anything else. Whereas the composer might write each phrase and notation, it is the conductor’s job to translate the emotion through his or her direction. In that respect, at least, anyone who leads a musical ensemble has the opportunity to experience a small piece of the passion and joy that drives Brian Balmages every day.

Check out our exclusive interview with Brian Balmages on the J.W. Pepper YouTube channel.