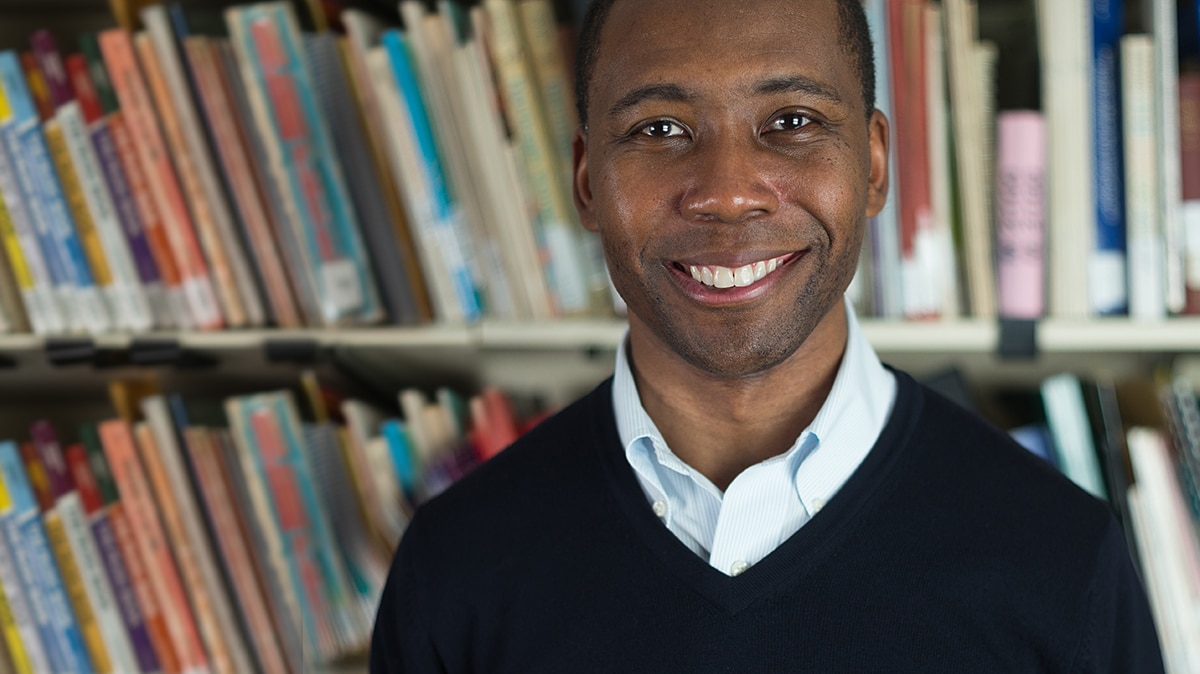 The Inside Voice: An Interview with Rollo Dilworth

Rollo Dilworth is a master of the modern spiritual. Growing up in St. Louis and singing in both school and church choirs, Dilworth learned how to combine choral music with traditional spirituals. This combination became the basis of many of his most beloved works. Choral music is a natural way of bringing people together because, as Dilworth says, “every single culture across this globe sings.”

Education was a natural choice for Dilworth. It is his conviction that “every child should have the ability to access choral singing through an educational process, so that they can not only learn more about the people around them but perhaps learn a lot more about themselves.”

Every single culture across this globe sings.

While teaching, he began composing and arranging, receiving his first publishing contract in 1998 from Plymouth Music Company, now known as Colla Voce Music. The piece was a four-part treble arrangement of My Lord, What a Morning. Later in the same year, he published a piece for Hal Leonard called Everlasting Melody.

Even as he began to publish more and more, Dilworth continued his devotion to education with the Choir Builders series. These books help teachers of many different grade levels hone their students’ musical skills. In addition to teaching them, much of his music aims to uplift young musicians as well. One of his newest pieces is an SATB selection entitled Never Give Up!  This piece celebrates the power of music in the lives of young people. An inspiring anthem, Never Give Up!  is perfect for celebrating the positive impact of music in our schools.

Every child should have the ability to access choral singing through an educational process, so that they can not only learn more about the people around them but perhaps learn a lot more about themselves.

Dilworth is truly devoted to his craft. “I have pads of manuscript paper that I take with me everywhere I go,” he says. “And when I have a thought or an idea, I take out the manuscript pad, I listen to the voices within, and I begin writing.” One source of inspiration is the legendary poet Langston Hughes. Many of Rollo’s songs were sparked by a reading of his poetry and developed into brilliant choral works. Hughes’ classic words combine artfully with Dilworth’s music to translate truths of African American culture in a way other mediums cannot.

There were two main composers that Rollo looked up to as a young man – Robert Ray and Moses Hogan. Robert Ray, best known for his Gospel Mass, inspired the young Rollo to focus on capturing the beauty of African American folk music. Hogan was an innovative arranger who Rollo credits with developing a new blueprint for interpreting spirituals, especially for SATB voices. Though they were close, Hogan passed away before the two were able to work together. To this day when he is working on a piece, Dilworth often considers how Moses Hogan would shape the music.

Perhaps it is because he has had great mentors in his own time that Dilworth has become a mentor to others as well. “I believe that every single person has the ability to compose,” says Dilworth, “whether it’s words, whether it’s music, or a combination of both.  We just have to be quiet enough to listen to what the voice is within.”

Further, he adds “My advice to young composers in particular is to find your own path, to study as much as you can about the lives and the techniques employed by all of the major composers that have come before us.”

I believe that every single person has the ability to compose. Whether it’s words, whether it’s music, or a combination of both.We just have to be quiet enough to listen to what the voice is within.

Younger composers would do well to listen to his words. They would also be wise to listen to his music because, as it is said, music is the universal language – and Rollo Dilworth is one of its most masterful speakers.

Check out Pepper’s library of pieces composed or arranged by Rollo Dilworth, and see what’s new!