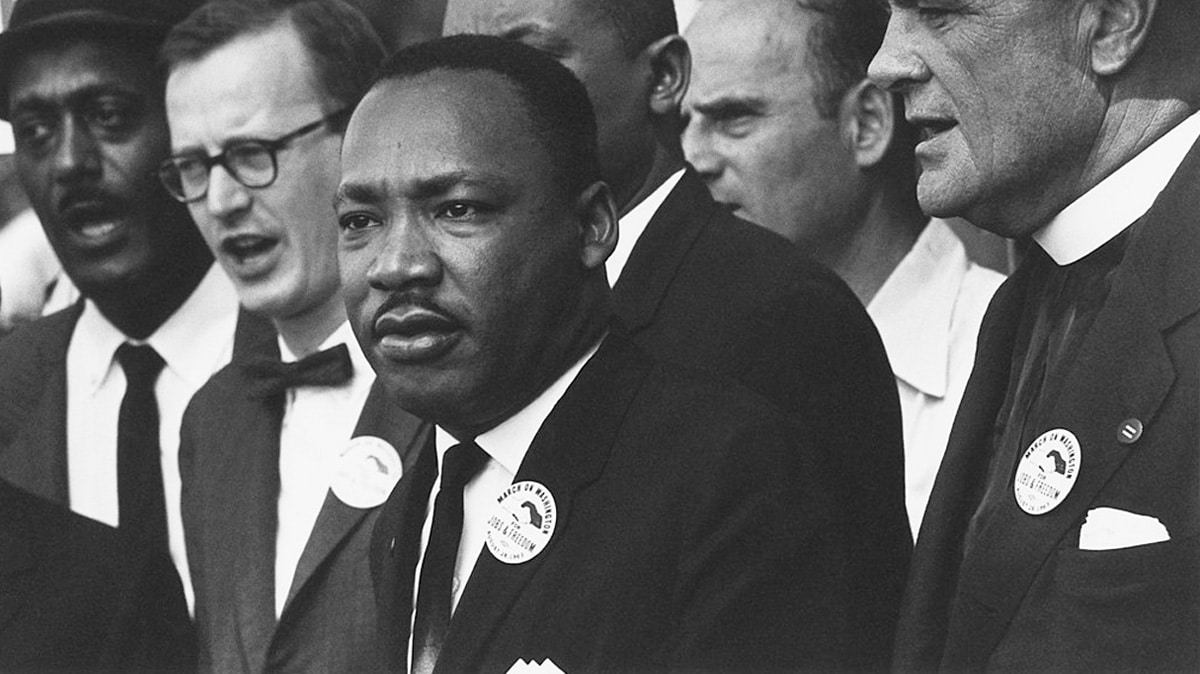 Black History Month Songs: Using Music to Teach About the Past

The idea for Black History Month was developed during a difficult time for African Americans in the United States. In 1926, segregation and racial violence against the black community was widespread. Amid this struggle, a man named Carter Woodson, now known as the Father of Black History, wanted to find a way to celebrate African American achievements.

With his help, the second week in February was set aside for this purpose. It was designed to coincide with the birthdays of Abraham Lincoln and abolitionist Frederick Douglass.

Decades later in 1976, the celebration was extended to a month, and themes were created each year. In 2020 the focus is on voting rights for African Americans – marking the anniversaries of the passing of the 15th and 19th amendments. In 2019 the focus was on black migrations. That coincided with the commemoration of the 400th year since Africans arrived at the Jamestown settlement after they were forced from their homes in present-day Angola.

Black History Month provides many cocurricular opportunities to use music to teach students about the struggle for freedom and civil rights and the important role prominent African Americans have played in history. Composer Horace Scruggs, who has written and arranged several compositions based on history, said such pieces also give musical lessons.

Here are some compositions that teach students about history and our musical past:

Songs of the Underground Railroad

The Underground Railroad operated from the late 1700s until about 1863 when the Civil War was still being waged. It included a network of homes, churches, and schoolhouses where fugitive slaves could hide while they sought freedom. Over time, there were many routes, including some that extended into Canada.

A number of spiritual songs were used to inspire slaves and possibly conveyed hidden messages in them. These include:

Keep Your Lamps Trimmed and Burning – There are several versions of this spiritual. This piece has served as inspiration for anyone desiring to overcome oppression and obtain freedom.

Go Down, Moses – Like others, this spiritual has biblical meaning, but it also had references used in the context of slavery.  In this song, “pharaoh” represented a slave master, who was told to “let my people go.” One of the most well-known Underground Railroad conductors, Harriet Tubman, was said to have used this song to announce her presence.

Follow the Drinking Gourd – This is one of the best-known “map songs,” which historians believed were used to share information about the Underground Railroad routes. Among the lyrics with helpful information:

Other compositions based on the Underground Railroad include these choral pieces and these instrumentals.

Finding Inspiration in the Piece Lift Every Voice and Sing

The powerful composition Lift Every Voice and Sing has been used numerous times to celebrate African American achievements. The song began as a poem written in 1899 by school principal James Weldon Johnson. He created it for a school gathering meant to mark the 100th anniversary of Abraham Lincoln’s birthday – an event attended by Booker T. Washington.

Johnson’s brother John Rosamond Johnson, who was a composer, fashioned a melody for the poem, and 500 school children then performed it. The piece was later adopted as the official song of the National Association for the Advancement of Colored People (NAACP) and was frequently pasted in Bibles and shared in African American communities. It became an important song during the civil rights movement.

In more recent years, the composition was mentioned in Maya Angelou’s book I Know Why the Caged Bird Sings. She talks about her eighth-grade class singing the piece with the audience during her graduation after a white speaker made discouraging remarks during the ceremony.

Some of the lyrics were read by Joseph Lowery during President Barack Obama’s first inauguration. And in 2018, during the well-known Coachella festival, singer Beyoncé also sang a portion of the song during her set to mark her appearance as the first female African American performer to headline the festival.

The Battle for School Integration Moves the Arts Community

Many years after Lift Every Voice and Sing was composed, the Supreme Court unanimously declared that segregation in public schools was unconstitutional in the 1954 Brown vs. Board of Education decision. However, numerous schools, districts and state leaders resisted integration.

Artist Norman Rockwell captured the resulting struggle for integration in a piece called The Problem We All Live With, which featured six-year-old Ruby Bridges. Hateful protests erupted in New Orleans when Ruby was sent to a previously all-white school to attend first grade. Only one teacher would agree to teach her, and Ruby remained in a class by herself with that teacher for more than a year. Federal agents had to protect Ruby since she received numerous death threats.

On the music front, country artist Lori McKenna wrote about Ruby’s experiences in a song called Ruby’s Shoes. It was featured on The Oprah Winfrey Show in 2006.

Composer Randall Standridge also captured the struggle for rights at the time in his band piece The Nine, which refers to the nine black students who integrated Central High School in Little Rock, Arkansas. Like Ruby, they needed federal troops to escort them to class to protect them from violent protests.

As the struggle against segregation was being waged in the U.S., blacks in South Africa were facing increasing oppression from that government’s apartheid system. It forced the black majority to live in areas separate from whites and to use different facilities. These policies lasted for nearly 50 years, with some of the worst injustices occurring from 1961 to 1994 when more than 3.5 million people were forcibly removed from their homes.

South African activist Nelson Mandela led protests and was jailed for nearly three decades. When he was released from prison, he helped craft an end to apartheid, and he became the first black president of South Africa.

Several choral and instrumental pieces pay tribute to Nelson Mandela and reflect the hope that South Africans could escape the pain of apartheid. These include band and choral versions of the call-and-response song Shosholoza.

Some of the most well-known compositions that reflect the struggle for freedom were shared during the civil rights movement of the 1950s and 1960s.  One of those songs is We Shall Overcome, which became the unofficial anthem of the movement. It is still used in protests around the world. The song’s lyrics were recited by Martin Luther King, Jr. in several of his sermons, and it was sung at his funeral. President Lyndon Johnson also used the phrase “we shall overcome” in an address after peaceful civil rights activists were attacked by state troopers during a march from Selma to Montgomery, Alabama.

In part, President Johnson said, “…really it is all of us, who must overcome the crippling legacy of bigotry and injustice. And we shall overcome.”

The Selma march also was the inspiration for the film Selma, which included the Grammy- and Golden Globe-winning song Glory. Here are the band and choral versions of Glory, along with some other pieces inspired by the civil rights movement.

Martin Luther King, Jr. has inspired composers like few others. There are numerous pop and R&B songs based on Dr. King’s life. For schools, there also are several choral compositions and band pieces about his legacy. And for orchestra, composer Bud Caputo arranged His Spirit of Freedom, which includes nine of Dr. King’s favorite hymns and spirituals.

An Undying Hope for Peace and Unity

Many years after the civil rights movement, composers are still creating innumerable works focused on the undying hope for unity. There are several choral selections with social justice themes that touch upon these universal themes. On the instrumental front, there also are compositions such as Three Washington Statues for band, Peace in Our Time for handbells and violin, and The House I Live In for piano.

And on stage, one of the Tony Award-winning composers of Ragtime told Broadway World that the song Make Them Hear You is an example of a composition that speaks to audiences in different ways over time. In the show, the song is performed by an African American character who wants the stories about his people’s struggle for justice to be shared with future generations.

“So many groups have seen themselves in that song,” composer Stephen Flaherty said. “It’s about believing in the power of your voice and the need to speak up.”

As the title says, “Make Them Hear You.”

Leave a comment if you have any other suggestions for compositions for Black History Month.