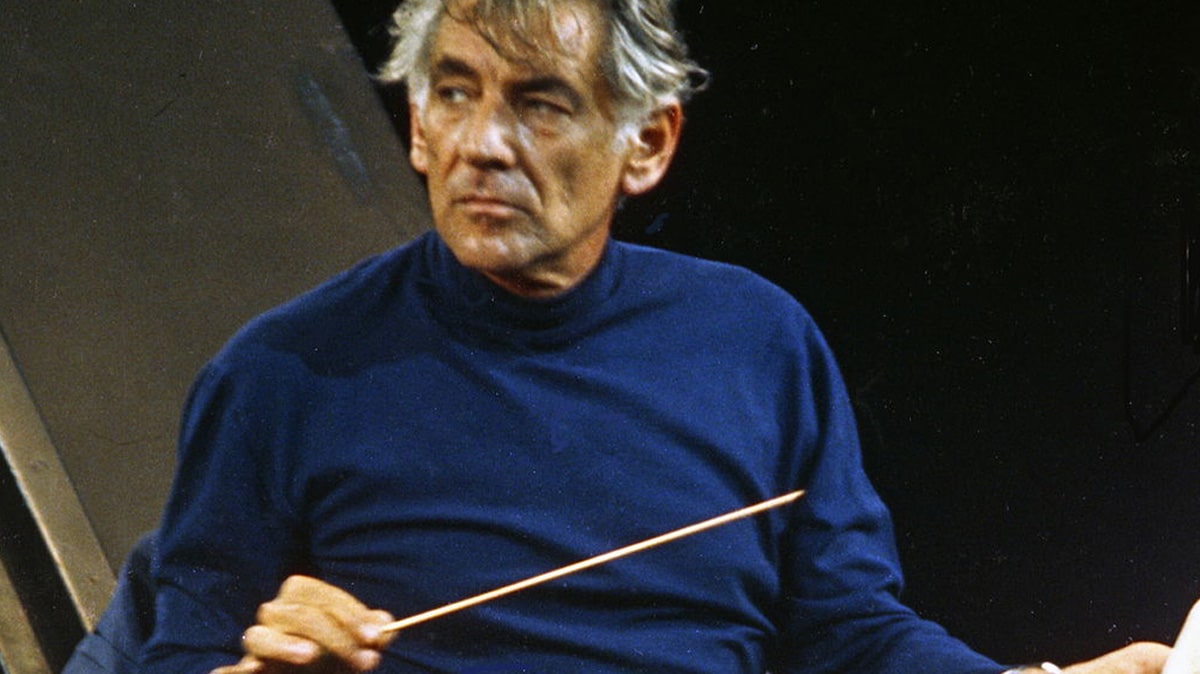 Most people know Leonard Bernstein as a world-renowned composer and conductor whose contributions to music and culture can be heard in concert halls around the world. Less known are his contributions to education, but they are no less impactful. Since the 1990s more than 250,000 students have been exposed to an educational method Bernstein created called Artful Learning®.

The man who collaborated with some of the finest orchestras in the world, earned 21 Grammy Awards, and composed innumerable beloved songs was in his heart a teacher. He shared his philosophies, his understandings, and his ideas of and about music in a way that everyone could understand, leading others to grow as music lovers, musicians, and human beings. Bernstein was proudest of his accomplishments as a teacher, and it is Bernstein as an educator that will have the longest lasting effect on the arts, music, and humanity.

Great educators are also lifelong learners, and Bernstein was just that before it was fashionable – or even a phrase. He simply could not absorb enough information about the things that interested and excited him – and this quest for knowledge and understanding went far beyond music. He explored and studied Shakespeare, Russian literature, history, biology, astrophysics, the Renaissance, and even French drama with the same passion as he did music. What sets Bernstein apart, what makes him special, is that it wasn’t enough for him to conduct and compose. He felt compelled to help us understand why music affects us the way it does, what makes music good, and how music works. His teachings are timeless and have inspired a methodology that embeds the arts in the learning process and serves as a method of response for students to convey understanding across the curriculum.

Bernstein as a teacher started long before we remember him on television. His passion for sharing his expertise began back in 1938 at the Tanglewood Music Festival and continued up until his last concert in 1990. His first experiences with an audience outside of the concert hall started with segments he created for adults about classical music for the Omnibus television series hosted by Alistair Cook back in 1954. This led Bernstein to persuade CBS in 1958 to televise his Young People’s Concerts with the New York Philharmonic on the air in prime time. Those Young People’s Concerts continued until 1970. The videos are still available and the lessons still as applicable and timely today as they were then.

While these groundbreaking shows allowed Bernstein to spread his knowledge about music to larger audiences, it was his residency at Harvard that has had the most profound and lasting effect. Bernstein began his lecture series in the fall of 1973; they became known as The Unanswered Question: Six Talks at Harvard.  During his first lecture, Bernstein explained the importance of “interdisciplinary values – that the best way to ‘know’ a thing is in the context of another discipline.” Through these lectures, Bernstein conveyed his ideas of the universality of musical language through analogies to linguistics, acoustics, music history, and aesthetic philosophy. From these ideas, his lasting contribution as a teacher and educator was born. For out of these lectures, the concept of Artful Learning and the Artful Learning methodology was born.

In 1990 Bernstein received the prestigious Praemium Imperiale, an international prize awarded by the Japan Arts Association, for his lifetime achievement in the arts. He used the $100,000 prize to establish The Bernstein Education Through the Arts Fund, which used this grant to establish an arts-based education program. The Leonard Bernstein Center was established in 1992 and, along with the Grammy Foundation, initiated extensive school-based research resulting in the Bernstein Model, which evolved into the Artful Learning Model.

The Artful Learning sequence and model is a framework for educators to explore and deliver their curriculum that is grounded in the artistic process in a way that revitalizes teaching, learning, and leadership throughout the school or district. Artful Learning, unlike other education models, is grounded in the artistic process. It is adaptable to any learning community or educational system, allowing flexibility for integration into other school-site initiatives or serving as the central instructional methodology.

What is different about Artful Learning? How does this teaching method differ from others? Among other things, the method requires:

Through professional learning, all content, modalities and initiatives are reviewed by educators and used to construct a curriculum map that allows interdisciplinary connections to be made between all subject areas. Next, a rigorous unit of study is developed that follows the Artful Learning sequence and framework. Then students actively investigate their learning through these concept-based interdisciplinary units of study utilizing the arts and the artistic processes to express their understanding of all content.

The Artful Learning Sequence consists of four main quadrants which encourage and support best teaching practices while also improving the manner in which both students and teachers learn. These four quadrants strengthen understanding, retention, transfer, and application. Each unit of study is linked to a Concept (similar to the Enduring Understanding) which is shared by all disciplines and uses a Masterwork (a human made object that is timeless and universal) to serve as a catalyst to kick off the learning. Within the concept there is also a Significant Question (similar to the Essential Question) which guides the learning.

The four quadrants through which the teacher and student journey are available for download here and listed below:

Experience – Students experience and respond to a Concept using a Masterwork. Serving as a catalyst for immediate student engagement, the Masterwork awakens ideas, emotions, and new understanding through visual, auditory, and kinesthetic modalities. Students leave this phase curious and wanting to know more.

Inquire – Students begin a substantive investigation triggered by questions and observations raised in the Masterwork experiences. A Significant Question (essential question) guides the inquiry while students employ a variety of research techniques and hands-on explorations using the interdisciplinary content to investigate the subject matter deeply.

Create – Students design and complete an Original Creation – a tangible, artistic manifestation that synthesizes and demonstrates their understanding of the newly acquired knowledge. Thinking moves from divergent to convergent as students focus on what is best and most workable to represent academic content learned from the unit of study. Students design prototypes and create the final product – continually evaluating and revising until the Original Creation is ready for presentation.

Reflect – Students ponder the journey they have taken through the unit of study and ask Deepening Questions about what and how they learned. They document this process through detailed narratives, maps and metaphors, and through this they discover new ideas and connections while also considering practical applications of their new knowledge. Going through the process in the unit of study, students have acquired valuable new skills which help them become more self-directed as learners.

What are the outcomes? As one would expect, the power of the arts being at the center of an educational methodology has had profound effects not just on student and school test scores, but in students’ ability to acquire, use, and retain information; organize and plan; work with others; understand complex interrelationships; be creative, problem solve, and reason. Artful Learning has also been shown to raise students’ self-esteem, level of responsibility and integrity, and acceptance and celebration of that which makes each of us unique. Independent studies have also shown that schools that embrace the Artful Learning methodology show a higher level of growth in all tested subject areas regardless of students’ race, sex, or economic status. This growth has been shown to be continual and sustained in all areas over a 20-year period of time.

To view some of Bernstein’s music to use in the classroom or elsewhere, click here.