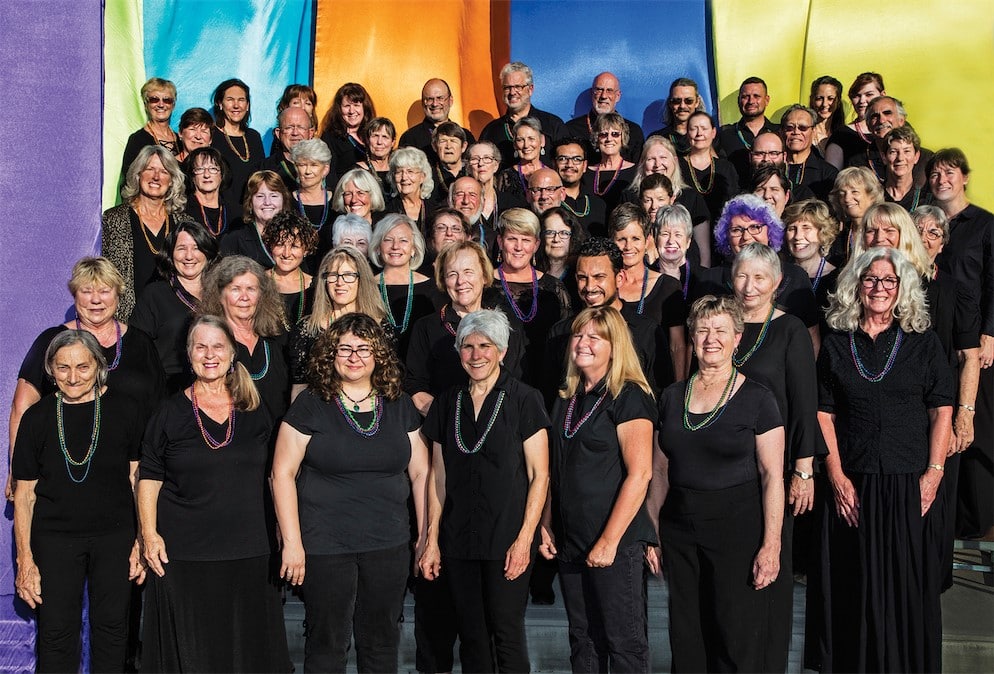 The New Mexico Peace Choir was founded in December 2015, springing from a vision from the founder and director, Christy Conduff to form an inclusive, mixed voice choir that would inspire peace and joy and help raise social awareness. The Peace Choir’s repertoire revolves around inspiring songs about nature, social awareness, the human spirit and peace, filling a need and bridging the gap between head and heart. The ripple effect of the energy the choir gives and receives while singing is palpable and they believe this energy will help transform our world.

Since its recent beginnings, the New Mexico Peace Choir has experienced exponential growth and is making a difference in people’s lives. The NMPC has had sell out concerts in Albuquerque and Santa Fe and they performed for Earth Day at the historic Loretto Chapel. The choir has opened the last two sessions of the NM Legislature and helped celebrate The World Day of Peace by performing at The Albuquerque Center for Peace and Justice.

Invitations for the New Mexico Peace Choir’s unique sound, repertoire and “heart” continue to come in.  Recently, they were honored to represent The U.S. at The World Peace Choir Conference in Vienna, Austria and sing with The Vienna Boys Choir and other Peace Choirs from around the world. The choir then traveled to Prague, The Czech Republic for more touring and a performance at The U.S. Embassy that was live streamed to other American Embassies worldwide!

The NMPC performed The National Anthem at the opening ceremonies for The 2017 Albuquerque International Balloon Fiesta, followed by a concert on center stage.  They were also recently honored to perform at The Baha’i Faith’s 200th Anniversary celebration in Albuquerque as well as a Commemoration of Nelson Mandela.

The Director of the New Mexico Peace Choir is Christy Conduff.  Christy grew up in a musical family and directed her first adult church choir at the age of 16. She has continued directing in a wide variety of church settings most of her life. She has been a music teacher since receiving her BME from Southwest Missouri Baptist University with a dual emphasis in vocal performance and conducting. Christy recently retired from teaching music in the Moriarty/Edgewood and Estancia, NM school districts. She remains a popular and sought after clinician and adjudicator by many school districts throughout the state.

The accompanist for the NMPC is Denise Baccadutre. “Ms. B” received her BA in Vocal Music and Music Education from Wichita State University. After teaching music in Kansas, she moved to Moriarty, New Mexico, where she taught choir and piano and received her MA in Educational Administration.