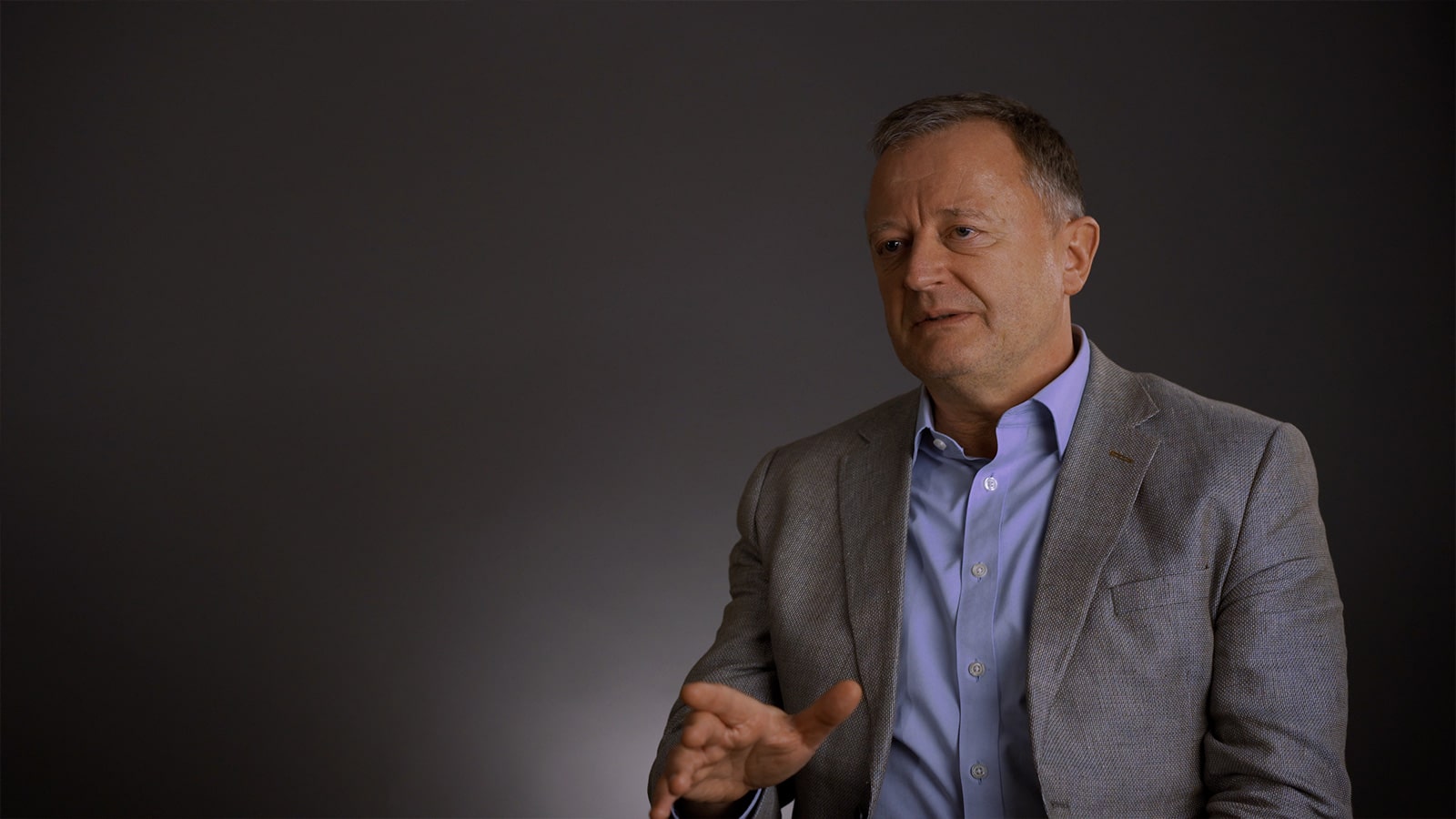 The grandeur of Carnegie Hall is a far cry from where composer Patrick Hawes began his musical education. In a small English coastal town, Hawes began learning piano as a child at his father’s pub. A pianist there named George Marsden taught Hawes pieces ranging from Roll Out the Barrel to Mozart sonatas.

“I had kind of an unusual hit-or-miss birth musically,” Hawes said.

The lessons laid the foundation for a decades-long career that eventually brought Hawes to the United States and Carnegie Hall in November 2018 for the U.S. debut of his composition, The Great War Symphony. He sat down with Pepper for an interview before the concert.

The symphony commemorates the centennial of the First World War. The U.S. premiere was held on Armistice Day by Distinguished Concerts International New York (DCINY) in New York and by the Oratorio Society of Minnesota at the University of Minnesota.

Hawes displays both his choral and instrumental experience in the composition, incorporating music for an orchestra, chorus and soloists. It includes four movements to mark the four years of the war. Hawes spent 18 months researching text in letters, diaries and poems for the project, saying he became a layman expert on the war and the poetry of the time.

Hawes says the composition examines how the war could have gone either way, which is a particular focus in the last movement. It utilizes verses from several poems, including Thomas Hardy’s work And There Was a Great Calm, which helps Hawes explore the crossroads as “calm fell and heaven distilled a clemency.”

The symphony ends with an American poem by Moina Michael called We Shall Keep the Faith, which was inspired by John McCrae’s famous poem In Flanders Fields. It helps the composition conclude with a measure of hope.

The symphony first premiered at Royal Albert Hall in London on October 2018 with the Royal Philharmonic Orchestra. Hawes says there was a packed audience and called the concert “probably the most fulfilling moment in my life.”

However, it was a long road for Hawes to reach this point. His journey took him from teaching to composing for a school, a well-known radio station, and then after he made his mark, for British royalty.

After Hawes’ first music lessons on the pub piano, he went on to study organ at Durham University in the United Kingdom. There he focused on learning about early Venetian public opera and the Renaissance, with a particular focus on Rome. He explored a 100-year period that included the birth of the major and minor key system.

“Little did I know, that was the best thing I could have done as a composer living in the 21st century – far more valuable than being taught a lot of modern techniques, which have now gone by and by,” Hawes said.

After college, Hawes taught for 16 years – first at a small public school and then at the well-known British school Charterhouse. While there, the head of the English department asked Hawes to compose some incidental music for a production of King Lear; a BBC producer who heard the music insinuated if Hawes composed more, the BBC might use it.

He got to try his hand at more composing when parents later commissioned Hawes to write a work for the school choral society. He created an hour-long piece called The Wedding at Cana. He got such a huge response from that composition that Charterhouse made Hawes its resident composer for seven years.

“Looking back, it’s a fascinating development of events and coincidences, but it feels now almost as if it was planned,” Hawes said. “There was a path mapped out for me, and I’m very grateful I found my destiny as a composer.”

After working at Charterhouse, Hawes decided to leave the education world and become a composer full-time.

“I went from having no audience – or an audience of friends and family and ex-pupils – to having an audience of six million, and that made all the difference in my life.” – Composer Patrick Hawes

A Leap of Faith

Hawes gave up his full-time salary and job security at the age of 37 to start his independent career as a composer. He said he spent two frugal years struggling financially and became quite depressed until he got an idea for a composition after playing at a wedding. He was inspired by the Mary Coleridge poem The Blue Bird that was set to music by Charles Villiers Stanford.

Hawes began composing Blue in Blue. It weaves together the beauty of nature in the blues of the sky, water, and birds. Hawes self-financed the project with loans and released an album in 2004. His big break came when Britain’s internationally known radio station Classic FM asked Hawes if the station could make the work its CD of the week.

“I went from having no audience – or an audience of friends and family and ex-pupils – to having an audience of six million, and that made all the difference in my life,” Hawes said. “Without that radio station, I don’t think I’d be here now talking about my music.”

There was a terrific response from the public, and Blue in Blue was included in Classic FM’s Hall of Fame list that year. In addition, for many years afterwards, the CD’s composition Quanta Qualia (How Wonderful), which describes the longing for the joy of heaven, remained on the Hall of Fame list.

The success led Classic FM to make Hawes its resident composer for two years. With that, his composing career was up and running.

Several years after the success of Blue in Blue, Hawes was given a special commission. He was asked to compose a piece for Prince Charles’ 60th birthday. Hawes wrote Goddess of the Woods with solo harp and strings. The work was inspired by the breathtaking garden at the Highgrove royal home.

“That was a very important work for me on many levels. I felt extremely honored and humbled to have written a work based on such wonderful subject matter,” Hawes said.

Afterwards, Prince Charles commissioned Hawes to create three more movements to develop the Highgrove Suite. Each movement in the 20-minute piece focuses on a different part of the garden. The premiere of the piece took place at Highgrove in the presence of The Prince of Wales and Duchess of Cornwall with the Philharmonia Orchestra and royal harpist Claire Jones. The premiere benefited the Prince’s Foundation for Children and the Arts (CATA).

Hawes says he keeps being drawn back to choral music, even after completing highly successful and moving orchestra pieces. He has a particular affinity for compositions with religious themes. Throughout his career he has written innumerable choral pieces based on the Bible and spirituality, including The Pure in Heart from his Beatitudes work and Be Still from Psalm 46. Hawes says singing is such a universal musical idiom that if a worldwide survey was given, everyone would say “yes” when asked if they sing.

“Every single human being sings, with very few exceptions, even if it is just in the bath or the car… It’s such a natural human instinct,” Hawes said. “If we create for singers, we are facilitating in individuals this innate need to be expressive… I want to be part of that exciting way of reaching people and changing lives.”

0:20 Early memories of his grandmother playing piano in Lincolnshire
1:46 Flourishing on the piano at boarding school
2:11 Attending Durham University and switching to organ
3:16 The best decision Patrick Hawes made as a composer
3:53 Becoming a music teacher