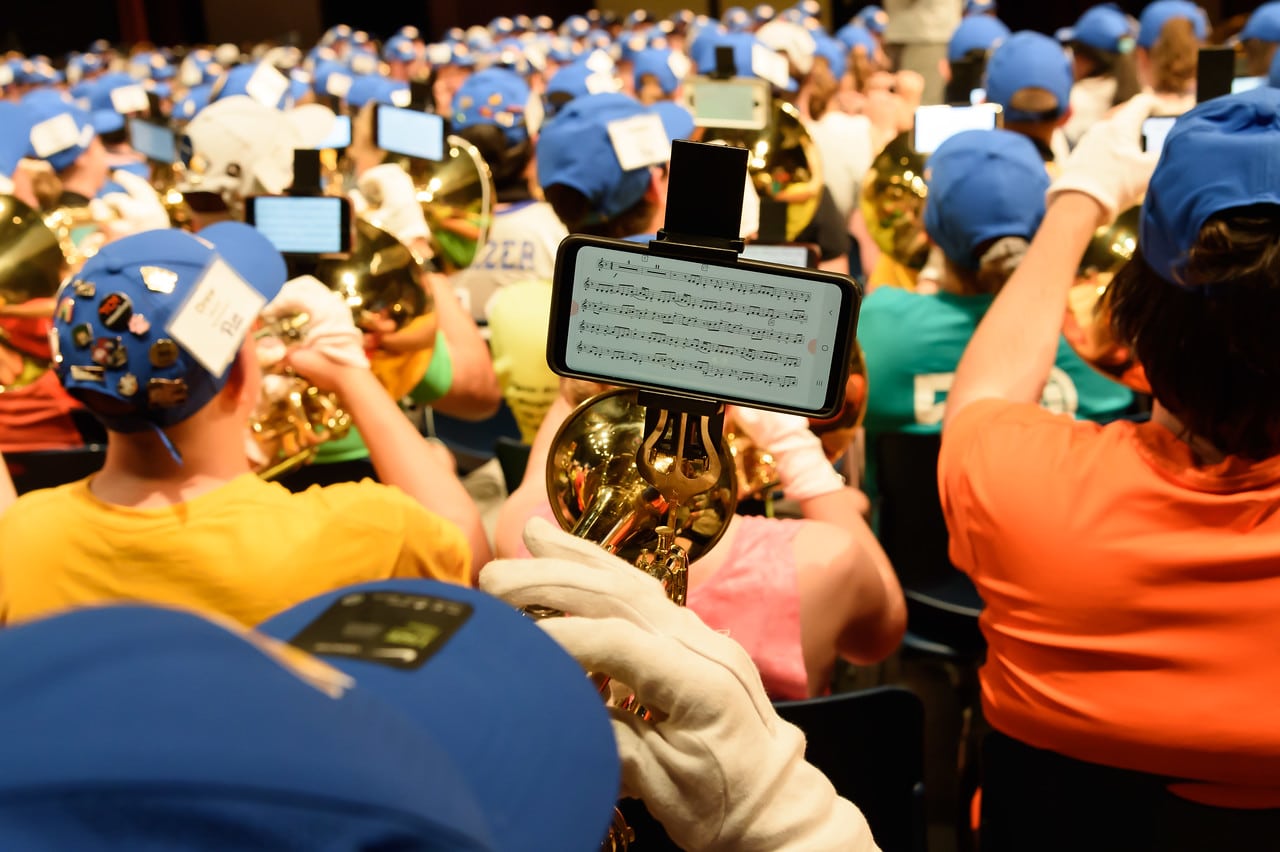 J.W. Pepper & Son, Inc., the world’s largest retailer of sheet music, has announced the acquisition of BandSavvy, LLC, creators of the popular FlipFolder App used by top college marching bands across the country. The FlipFolder App enables marching bands to distribute digital sheet music to their members efficiently and securely via their smartphones as they perform.

BandSavvy was founded by Marcus Dubreuil in 2018 while he was still a student at the University of Pittsburgh. Marcus has a double major – music composition and computer science – and also played trombone in the Pitt Marching Band. While at Pitt, Marcus realized there must be a better way to distribute sheet music among the marching band than traditional paper-based folders and, as a result, he created the FlipFolder App for mobile phones.

The Pitt Marching Band was the first customer for the FlipFolder App, and based on its success the software was quickly adopted by many colleges, high schools, community bands, and other NCAA Division I marching bands. Marcus has continued to build and support the product since he graduated from the University of Pittsburgh in December 2019. Today, the FlipFolder App is used by more than 50 universities across the country. To further support these clients, BandSavvy has also designed a series of heavy-duty clips that connect mobile phones to the most popular marching band instruments.

According to Dubreuil, founder of BandSavvy, “We are grateful to be joining with J.W. Pepper to help expand the use of the FlipFolder App to even more universities, colleges, high schools, and community marching bands. With our proven technology and their great marketing and customer service, we are looking forward to the next chapter of our growth!” Joining Marcus at J.W. Pepper is Matt Alosi, former Assistant Band Director at the University of Pittsburgh, who will serve as an Educational Consultant for the company.

jwpepperhttp://jwpepper.wordpress.com
Pepper has served musicians since 1876. We hope you find our blog posts informative and a wonderful gateway to news in the world of music.