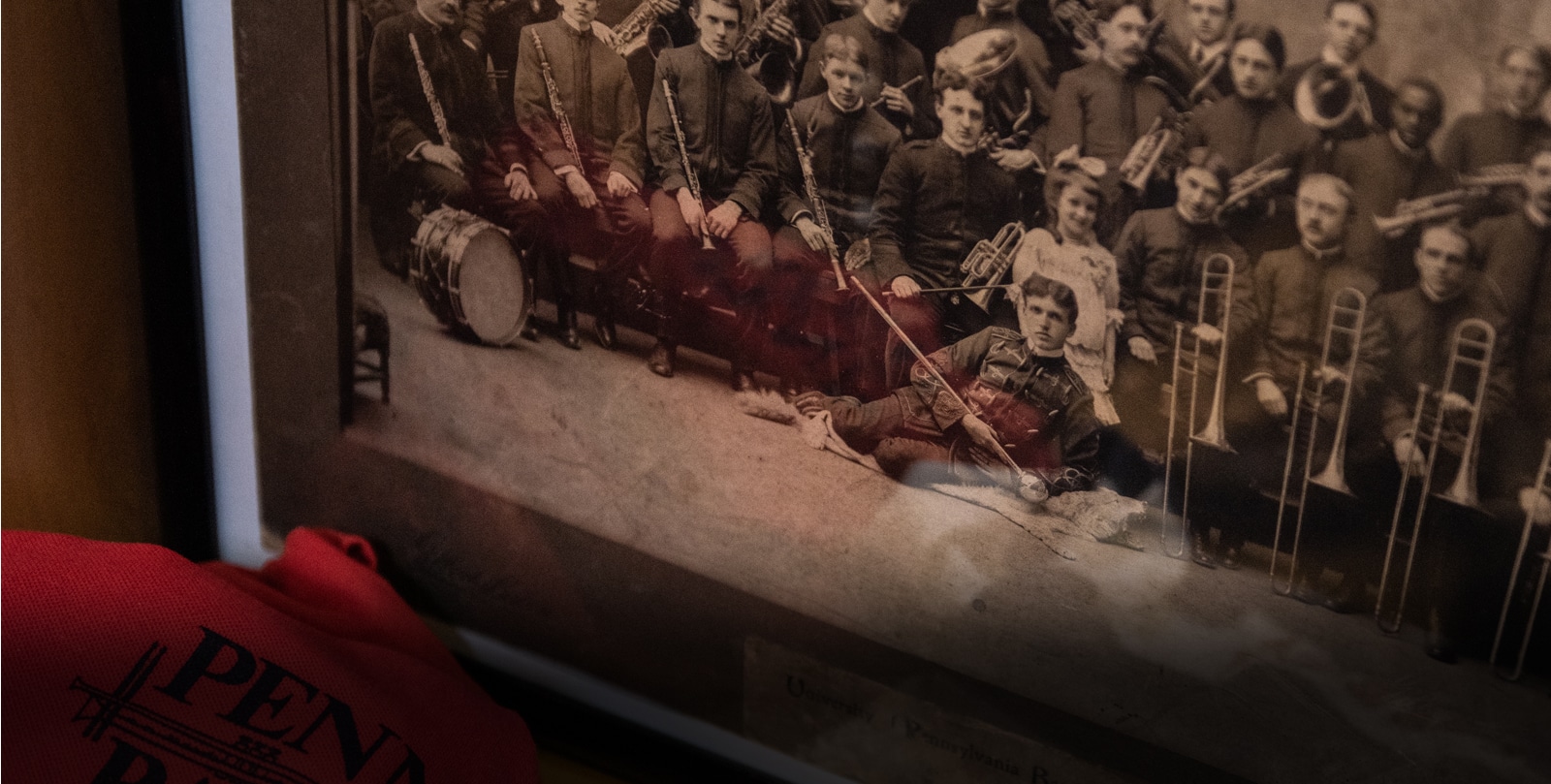 Pepper and Penn Commemorate the Life of James Welsh Pepper

It was over 140 years ago that James Welsh Pepper first started the company that still carries his name. Setting up shop in 1876, he saw great potential in the burgeoning musical culture of centennial America, and in the city he called home – Philadelphia. His life’s mission was cultivating music education and building relationships with the community he served.

The Founding of the Penn Band

The University of Pennsylvania Band was founded by two young men, A. Felix DuPont and John Ammon, who gathered together 27 fellow musicians to form what quickly became one of the most in-demand organizations on campus. The group played at student rallies, parties, parades, and twice for then President William McKinley. They also quickly became an important part of Penn’s robust football tradition at Franklin Field.

At the time of the band’s founding, the Pepper company headquarters was located across the city at 8th and Locust. In support of the new music group, Pepper presented them with their first uniforms, as well as a sterling silver and rosewood drum major mace. The mace became a centerpiece of the band until it was lost. Its whereabouts are still unknown.

Throughout his time working in the music business, Pepper operated out of a number of buildings. One such building, erected at 33rd and Walnut, became the new company headquarters in 1910. It was built to facilitate Pepper’s increase in instrument manufacturing and named the Howard E. Pepper building after James Pepper’s son.

The building was renamed after Alfred Moore and still bears his name today. Over the years, it has been the site of many great advancements in engineering. Perhaps the most significant was the ENIAC, the world’s first large-scale general-purpose digital computer.

In the 100 years since the passing of J.W. Pepper, the company he founded has striven to uphold his values of both musical excellence and service to the community. The University of Pennsylvania Band has continued to be a beacon of these values as well, engaging in a number of activities beneficial to the music community – especially in Philadelphia.

One specific event, a week-long music camp held annually, is a perfect example of how the University Band has continued to be a service to its community and advance the cause of music education. Known simply as the Penn Band High School Summer Music Camp, it brings in students from around the Philadelphia area to take part in music clinics, special activities, and concerts. Conducted in partnership with Musicopia, which brings interactive music education and performance opportunities to thousands of students in pre-K through 12th grade annually, the camp is able to provide scholarships to many underserved and disadvantaged student musicians to come and learn with collegiate musicians and staff.

As the 100th anniversary of Pepper’s passing approached, the company looked for a fitting way to honor his memory. We found the perfect opportunity in the Summer Music Camp’s closing concert. Assistant Band Director Dr. Kushol Gupta graciously offered to help celebrate Pepper’s legacy by playing The Liberty Bell March, which was first played at the Chicago World’s Fair where Pepper won an award for his instruments. Dr. Gupta also put together a short presentation about Pepper’s work.

Chief Marketing Officer Kathy Fernandes was on hand at the concert to present Dr. Gupta and the University of Pennsylvania Band with a brand-new drum major mace in honor of the band’s continued service to the community as well as their past relationship with Pepper. It was our pleasure to celebrate the great work of the University Band, and to continue the legacy of our founder, James Welsh Pepper.

We look forward to a continuing relationship with the University of Pennsylvania Band for many years to come.