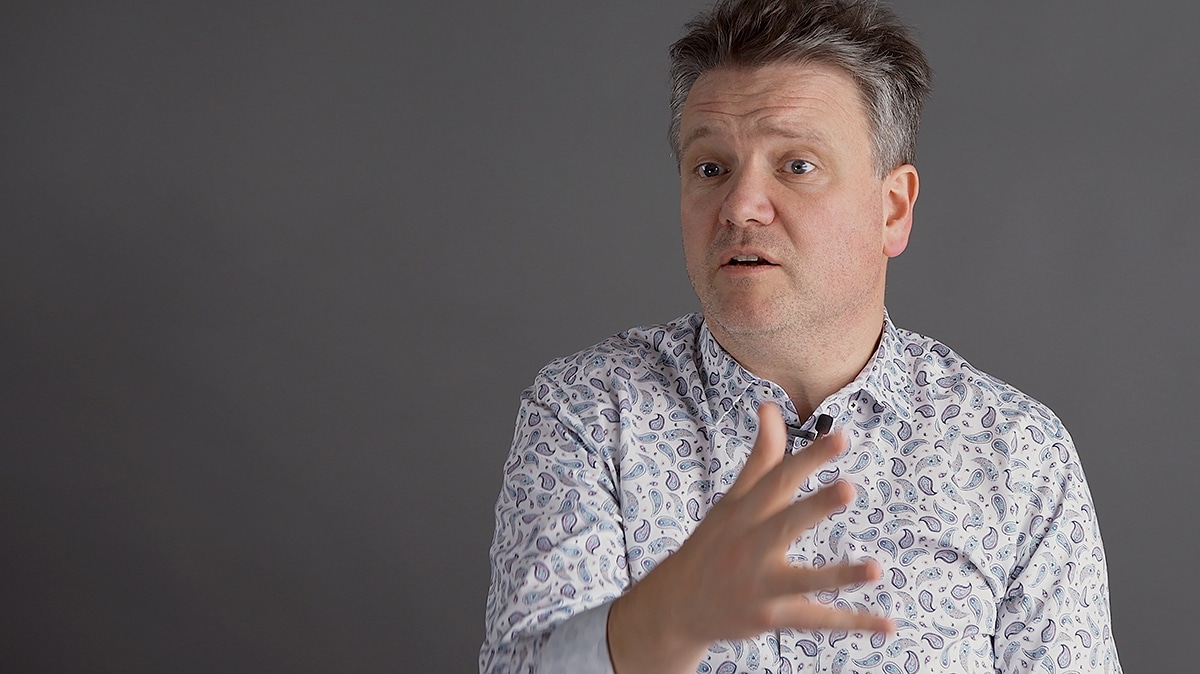 The Inside Voice: An Interview with Keith Getty

Keith Getty burst onto the scene in 2001 with In Christ Alone, a modern hymn that quickly became a staple of Christian worship services. The song, a partnership with Stuart Townend, is still his signature piece to this day, and though this partnership has continued through Getty’s career, his best-known collaborator is also his partner in life and love: Kristyn Getty.

Keith and Kristyn spend nearly every day writing music and lyrics, respectively. Their partnership has produced nearly fifty songs, several albums, and a number of music collections. Most recently, they released The Mission Hymnal, a collection of hymns they wrote together and with a few other composers. Each song, as with all the songs they write, opens those singing to an extraordinarily beautiful world created for us by God. This focus is vital – as Keith says, “what we choose to sing about is so incredibly crucial.”

Another way Kristyn and Keith share their faith and love of music is through their sacred music conference, Sing!  This conference was designed to help pastors, musicians, and spiritual leaders build a biblical understanding and creative vision for the congregational singing in their churches. It brings together speakers and artists from many faith traditions to encourage churches toward a deeper, more dynamic view of theology, artistry, and mission in congregational singing.

Keith Getty’s entire approach is one that leads those who perform his music to a more dynamic experience. Part of that is because of the diverse influences he brings to his writing. For Getty, there are three major influences in his musical life that come together to make his writing so unique: Bach, for his devotion to making great music for God’s church; Irish melodies, which encourage people to sing together in a shared cultural experience; and Gershwin, for his ability to blend his Yiddish musical roots with Broadway, pop, classical, and jazz music. The result of this inspiration is music that is perfect for both traditional choirs and contemporary worship, and across all denominations. Churches across the country ring with Getty’s music, in effect representing a small part of what unifies them all as Christians.

Of course, it’s no easy task to pull all these influences together to make such beautiful, meaningful music. Keith Getty spends nearly every day of his life writing music until, in his words, “eventually something comes out that’s not as bad as the rest.” This humble attitude is befitting of a godly man, but it also reflects how meticulous he truly is. According to Getty, only one of a hundred songs he writes ever gets published.

Though the music comes to him in different ways, it almost always precedes the words. This is true of one of his latest works, O Church Arise. With this piece, as with many of the songs he writes, Getty has left room for interpretation. This is because, in Getty’s words, “when I write a hymn melody for the church, that is my gift to the church.” Music, like faith, must be owned by those who sing and speak it.

For his part, Keith Getty owns his faith through his music. His work communicates the love of the Father and extends an invitation for all to come forth and worship. Getty has done this so well that places of worship around the world echo with the sound of his music, raising their voices to heaven itself. He is an example for all of us, especially sacred choir directors. His advice to other directors is timeless: “For choirs to flourish, they have to have leaders who have a big vision, who have high expectations, and who understand the value of choral singing.”

Pepper has a wide selection of pieces written by Keith Getty, from choral works to instrumentals to vocal collections. If you are interested in seeing more interviews with sacred music composers, please visit the sacred music section of our blog.

0:24 Growing up in a church music-oriented family
1:29 Finding a place in the choir
1:38 Studying flute with Sir James Galway and being encouraged to arrange music
2:40 Bringing variety and originality to his church music
4:12 On Bach and other influences
5:58 His music collaborator and wife, Kristyn Getty
6:44 Writing Christian music for Christians today