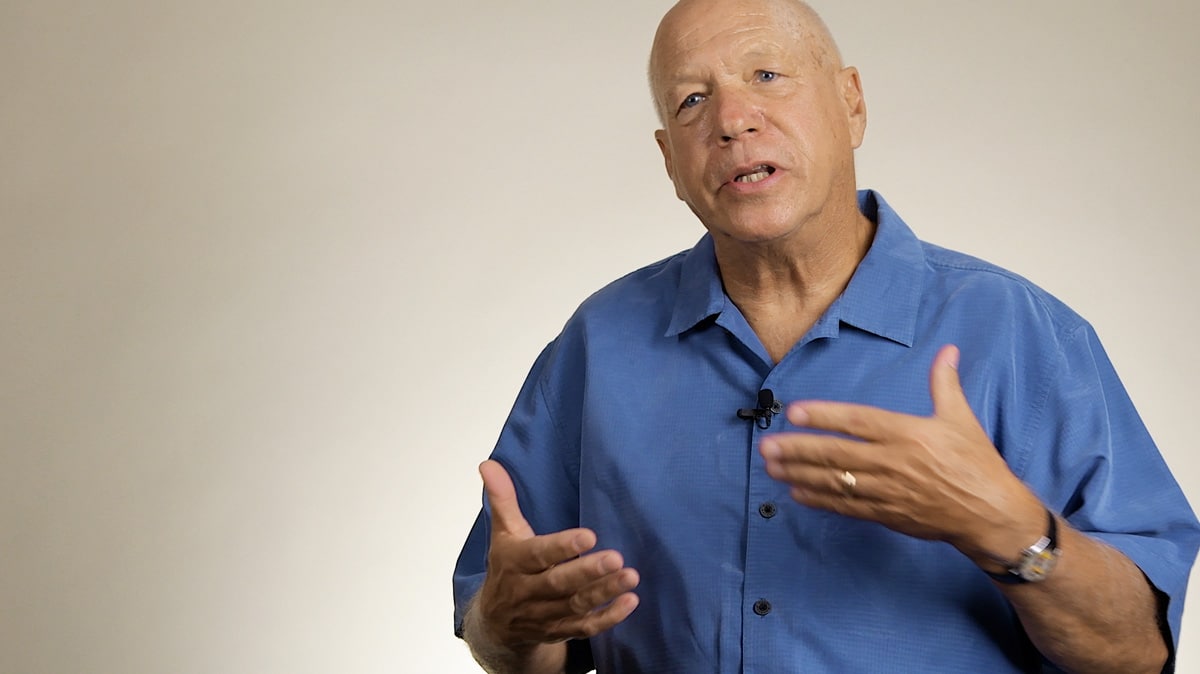 The Inside Voice: An Interview with Roger Emerson

When browsing the choral sheet music collections of any music educator, one might be struck by the wide range of styles and themes present as well as the myriad composers who have graced the world with their art. One name stands out, however, not only for his prolific output, but also for his practicality and his dedication to creating music that is accessible to young voices without sacrificing its integrity. That name is Roger Emerson.

A talented clinician, Emerson took part in our Inside Voice: A Composer Roundtable from “The Joy of Singing” discussion, which gave us the opportunity to sit down with him and discuss his background, composition methods, musical influences, and more.

Growing up in Los Angeles, Emerson’s first exposure to music came from his mother, who worked as an arranger for live radio in the 1940s. Being surrounded by song led him to join the chorus in elementary school. His teacher, Ireta Cushing, inspired him further, and he is very appreciative for her mentorship. Unfortunately, the secondary school he attended had no vocal music groups for him to join. In search of an outlet for his love of music, Emerson started a rock ’n’ roll band for which he played bass and wrote several original songs.

“Make sure that the lines sing; that they go somewhere; that you really have something to say.”

After high school, Emerson sought to expand his musical knowledge at a small community college in Northern California. There, he met a then-unpublished composer Kirby Shaw, and the two became lifelong friends. Shaw encouraged Emerson to study music education, which led him to Southern Oregon University.

When he completed his degree, Emerson moved to Mount Shasta, California, to begin his career teaching music to K-8 students. His first big obstacle was with his junior high choir. The group had only a small contingent of male voices that were not strong enough to carry the songs he wanted them to sing. Drawing on his past as a songwriter, he prepared two pieces specially written to cater to his group’s strengths and weaknesses. The first song was an original composition called First We Must Be Friends, and the second was an arrangement of a song called Sinner Man.

These two songs would go on to become two of his best sellers. Since their release, Emerson has published over nine hundred pieces, making him one of the most prolific composers of our time. Emerson is humble though, and in his mind he is still primarily an educator, saying “I still consider myself a teacher who has the good fortune of being able to write.”

Emerson continues to consider the practical application of his music for singers in the classroom. His focus on the educational properties of music has shaped his compositions for his entire career. In his words, “I write and arrange as a singer wants to sing – starting with vocal lines and working out from there – particularly young men’s vocal lines.” Furthermore, his writing process revolves around making great music that is also meaningful, asking himself, “How can [each piece] have musical integrity and still be easy or accessible?”

Like most composers, Emerson received assistance on his road to success. A key mentor for him was Kirby Shaw. From Shaw, Emerson learned to have high expectations for his own work, as Shaw always demanded the best from him. These expectations have made Emerson into an excellent example for young composers. His most important piece of advice is that every song should be something you can be proud of. “It’s easy to throw notes into a program and hit play,” Emerson says. “Make sure that the lines sing; that they go somewhere; that you really have something to say.”

High-quality songs that have a message are important, especially for the education process. Finding such songs can be difficult, but that is why Emerson is such a strong supporter of reading sessions like The Joy of Singing. In his words, “It’s like Christmas as far as I’m concerned. We get to share things with teachers.” And the teachers have the opportunity to hear music from the people who wrote it. Emerson himself attended many workshops designed to hone his craft when he was teaching, and he still does today. In his eyes, nothing compares to singing new music beside your peers. “The reality is that what we create as teachers is community,” Emerson says. “And I think when we come together in these sessions to read through new music, there’s just nothing like it – that feeling of camaraderie.” This singing as a community helps to bring out how songs are meant to sound in a way reading through them alone cannot.

Of course, having the opportunity to meet and perform with a legend of choral music like Roger Emerson seems like reason enough to attend! Pepper was honored to work with him and thrilled to share this interview with our customers.

0:35 Growing up in a musical family in Los Angeles
2:15 Going to college with Kirby Shaw and choosing music education
2:37 Emerson begins his music teaching career
2:54 The inspiration that led Emerson back to composing
4:00 Learning the ropes of music publishing
4:47 Composing with your spirit
5:40 Finding the balance in your life
6:12 Education is the answer