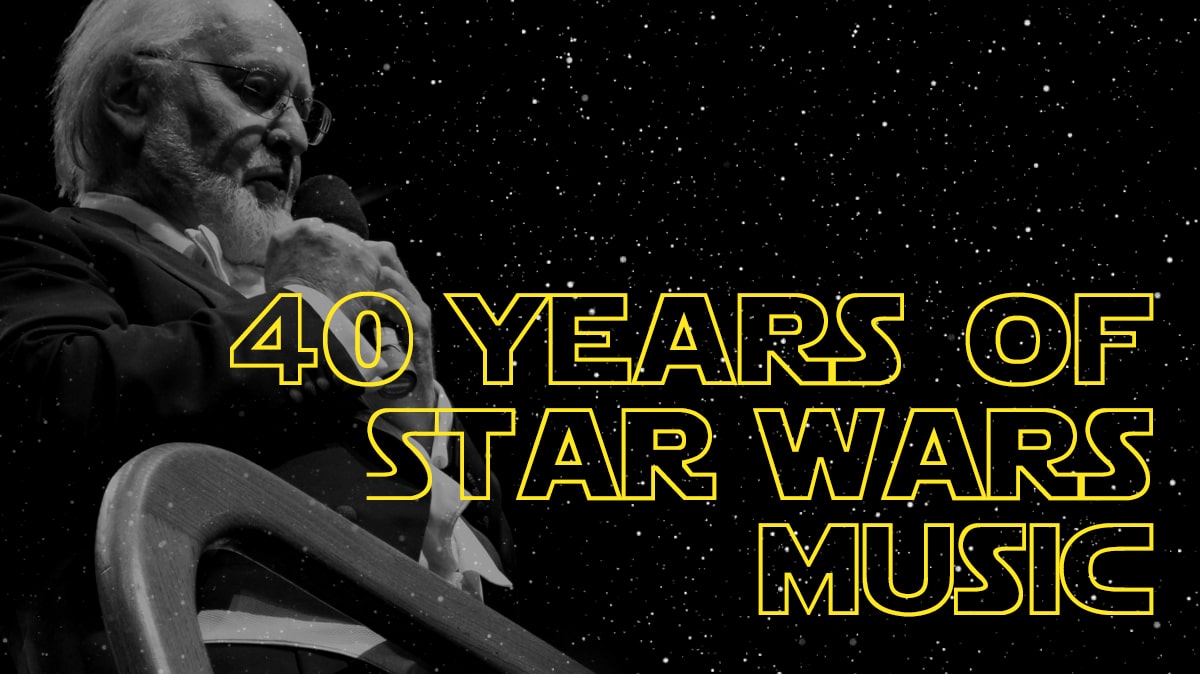 Few movie franchises have caught the world’s imagination like Star Wars. For forty years, audiences have been enthralled by the trials and tribulations of the Skywalker family and their adventures in a galaxy far, far away. The heroes and villains of the Old Republic and the Galactic Empire are cultural icons.

Of course, iconic characters need an iconic score to accompany their adventures and set the tone for the Star Wars universe. From the horn fanfare that opens the main title sequence to the haunting Princess Leia’s Theme to the stern and imposing Imperial March, the music of Star Wars is instantly recognizable to most any moviegoer. It has been played everywhere from football fields and elementary school gyms to Carnegie Hall. The man responsible for all of this spectacular music is John Williams.

Williams has worked in the movie industry since 1956, scoring nearly 150 movies. Not every soundtrack can be as memorable as the movie it accompanies, but Williams has a talent for making his work stand out. Star Wars is a prime example of that, as the score earned Williams his third Oscar win. Forty years later, he is still creating new music for the franchise.

The film series had its first revival in the late ’90s with the release of three new movies, prequels to the original trilogy. Williams came back strong, adding new themes and marches to the already rich musical landscape he has created for the franchise. Moviegoers were treated to a range of new moods and emotions, like the soaring Anakin’s Theme with its subtle allusions to the title character’s fate by way of haunting intrusions from the Imperial March. Also new to the series was the intense and exhilarating Duel of the Fates, which proved the perfect backdrop to an epic lightsaber battle.

Now the franchise has returned with a new trilogy, and John Williams continues to create the soundscape that sets the mood and complements the action. The Force Awakens brought us Rey’s Theme, an enticing introduction to the film’s heroine. It also contained a new and powerful piece in March of the Resistance, which serves as a strong counterbalance to the Imperial March, just as the Resistance itself stands against the First Order.

The new installments of the latest trilogy promise to bring us more iconic music, just as its predecessors did. We are just days away from the release of the next film, The Last Jedi. Much of the music is still a mystery, but there is little doubt that it will be as thrilling as the soundtracks that came before.

Star Wars sheet music is available for both band and orchestra and is perfect for your next performance. Check out music from the new movie!