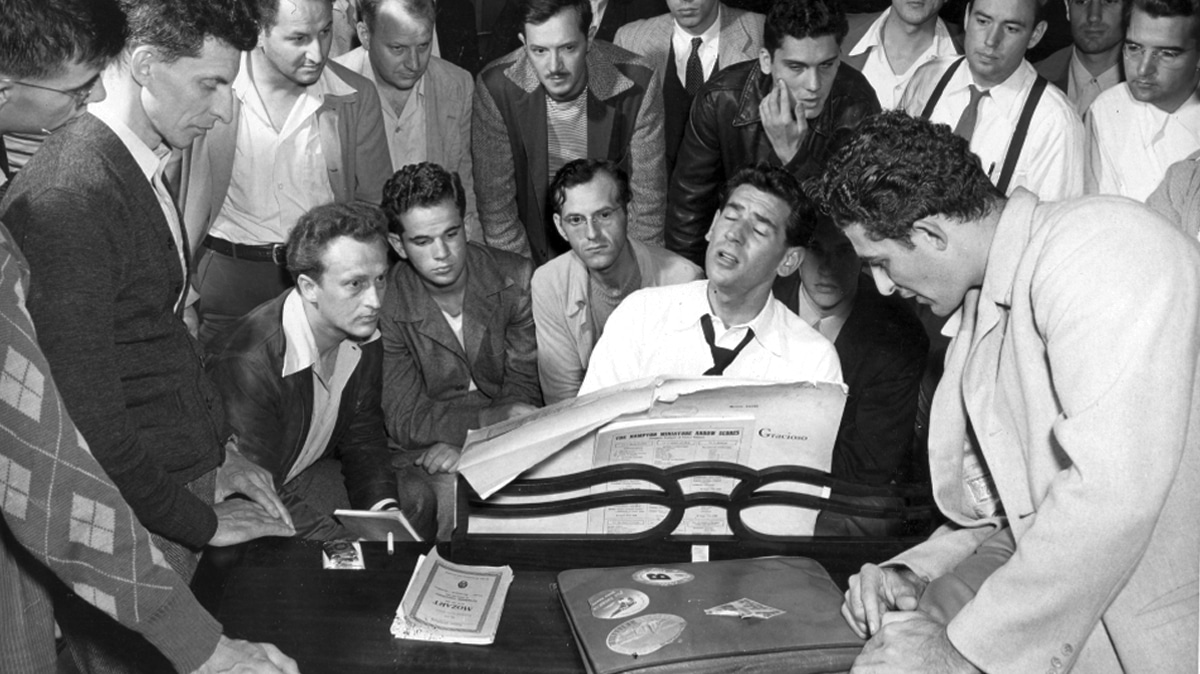 Among the great 20th century composers, Leonard Bernstein stands out as having impacted perhaps the widest range of musical styles. His works can be heard in concert halls, musical theater venues, on the silver screen, and in places of worship.

The music he created has endured well past his death, and in honor of the 100th anniversary of his birth, Pepper is publishing a series of blog posts about what made Bernstein special, starting with the compositions that made him so beloved.

Bernstein wrote the music for two ballets, Fancy Free and Dybbuk, debuting 30 years apart in 1944 and 1974 respectively. He also wrote the operas Trouble in Tahiti and A Quiet Place, as well as the operetta Candide, based on the novella by Voltaire. He is also renowned for his musicals, writing the music for popular shows such as On the Town and Wonderful Town as well as 1600 Pennsylvania Avenue, which has been gaining popularity in recent years.

But none of these works has had the cultural impact of West Side Story. Bernstein wrote the music while the lyrics were written by a then virtually unknown up-and-comer named Stephen Sondheim. Innovative in both its subject matter (addressing social ills of the 1950s) and its dance, music, and theater styles, West Side Story received many accolades. It won the Tony Award for Best Choreography and Best Scenic Design while being nominated for four other awards including Best Musical.

Bernstein explored film music, writing the score for Best Picture winner On the Waterfront, for which he was nominated for Best Score of a Drama or Comedy. Not limited to theater and film, Bernstein, one of the most versatile musicians of his time, composed concert works including Divertimento for Orchestra, Sonata for Clarinet and Piano, Symphony No. 2 The Age of Anxiety and many more.

Bernstein even ventured into spiritual writing with pieces like Symphony No. 3 Kaddish, dedicated to John F. Kennedy, and Symphony No. 1 Jeremiah. In 1965, he was commissioned by the Southern Cathedrals Festival. The result was a major choral work called Chichester Psalms. Written in Hebrew, it uses parts of several biblical psalms with particular attention given to Psalm 23, which is always sung by either a countertenor or a boy soprano to give the impression that the song is being sung by David himself. Bernstein also created MASS: A Theatre Piece for Singers, Players and Dancers, commissioned by Jacqueline Kennedy Onassis. Based in part on the Tridentine Mass, it is meant to be staged theatrically, but can also be performed in a standard concert setting.

Beloved as he was by many for his wide range of compositions, he also received significant criticism. One chief criticism was his lack of focus on what was considered “serious” music. He experimented with atonal music, but found that the results did not always feel authentic:

“I spent almost the whole year writing 12-tone music and even more experimental stuff. I was happy that all these new sounds were coming out: but after about six months of work I threw it all away. It just wasn’t my music; it wasn’t honest. The end result was the Chichester Psalms which is the most accessible B-flat majorish tonal piece I’ve ever written.”

Regardless of criticism, his work has endured over the decades and is sure to remain a cherished part of American art. But there was much more to Bernstein than just composition. He was a conductor, an educator, and a humanitarian as well, giving everything he had to the causes he cared about and the music he loved. To celebrate the 100th anniversary of his birth, Pepper will be releasing a total of three blog posts discussing the many sides of Leonard Bernstein and his enduring legacy.