On Wednesday, February 11th, the Jazz With Pepper series continued with a visit from guitar legend Pat Martino.  Eager musicians of all ages filled the Exton reference center in anticipation of a master class presentation from one of the most inspirational players of our time.  They were most certainly not disappointed. 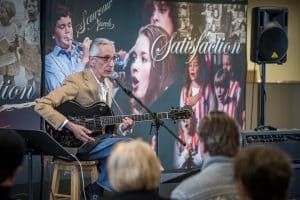 The evening started with a short discussion about Mr. Martino’s journey from prodigy through adversity and extraordinary recovery to where he is today.  Pepper’s own Al Moretti, who also interviewed Martino earlier one on one, posed a few questions to Pat about his past and how he became an integral part of the jazz world.  Born in Philadelphia, Martino started playing guitar at twelve years old and quickly made a name for himself.  By sixteen, he left school to play full time. 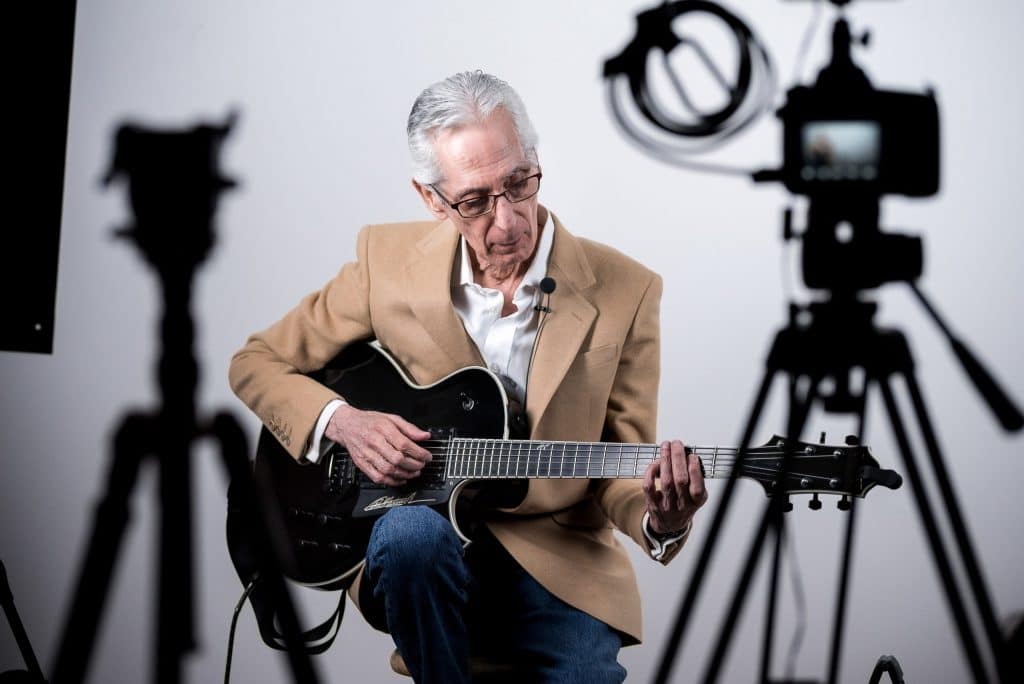 In his time as a young professional, Martino worked with a number of contemporary jazz legends from John Coltrane to Wes Montgomery.  He also became involved with the early rock scene while living in Philadelphia, coming up at the same time as big names like Bobby Rydell, Frankie Avalon, and Bobby Darin.  After that, he moved to Harlem to become more involved with “soul jazz” scene.  By his 18th birthday, he was already a jazz legend. 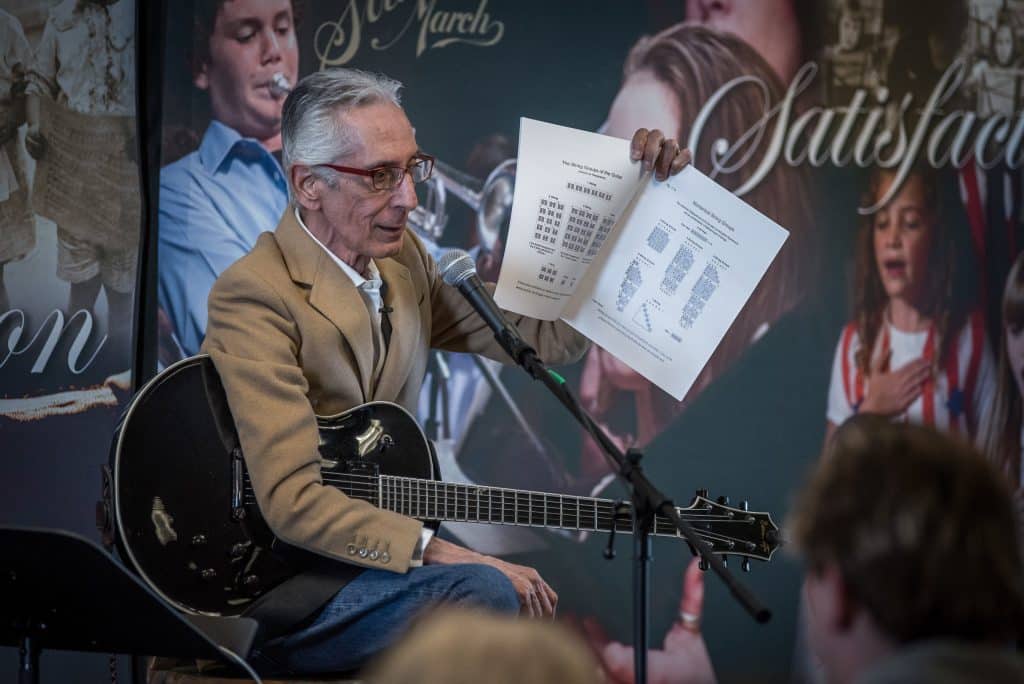 Tragically, Martino began to experience seizures in the mid ’70s, greatly impairing his life.  He underwent brain surgery to correct the problem, but the procedure left him with partial amnesia.  Unable to play the guitar, Martino was forced to learn the instrument all over again.  The result, however, was a revolutionary new way of viewing guitar instruction. 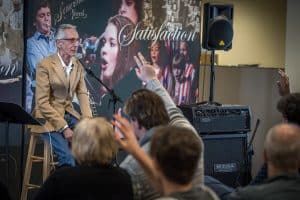 The musicians in attendance were treated to an overview of this revolutionary technique.  Martino introduced how he developed this new method and demonstrated to the captivated crowd exactly how it worked.  Those in attendance also received a printed packet on Martino’s Fundamentals: Broader Interpretation of the Guitar for further study after the clinic.

At the end of the night, Pat Martino answered questions and later signed autographs.  Copies of his autobiography, Here and Now!, were available to all for purchase.  Martino also gave an exclusive interview with Al Moretti, which will be available to view soon, along with a video of the clinic.  Check back here to see it when it arrives.  For now, check out our teaser trailer of the full video: