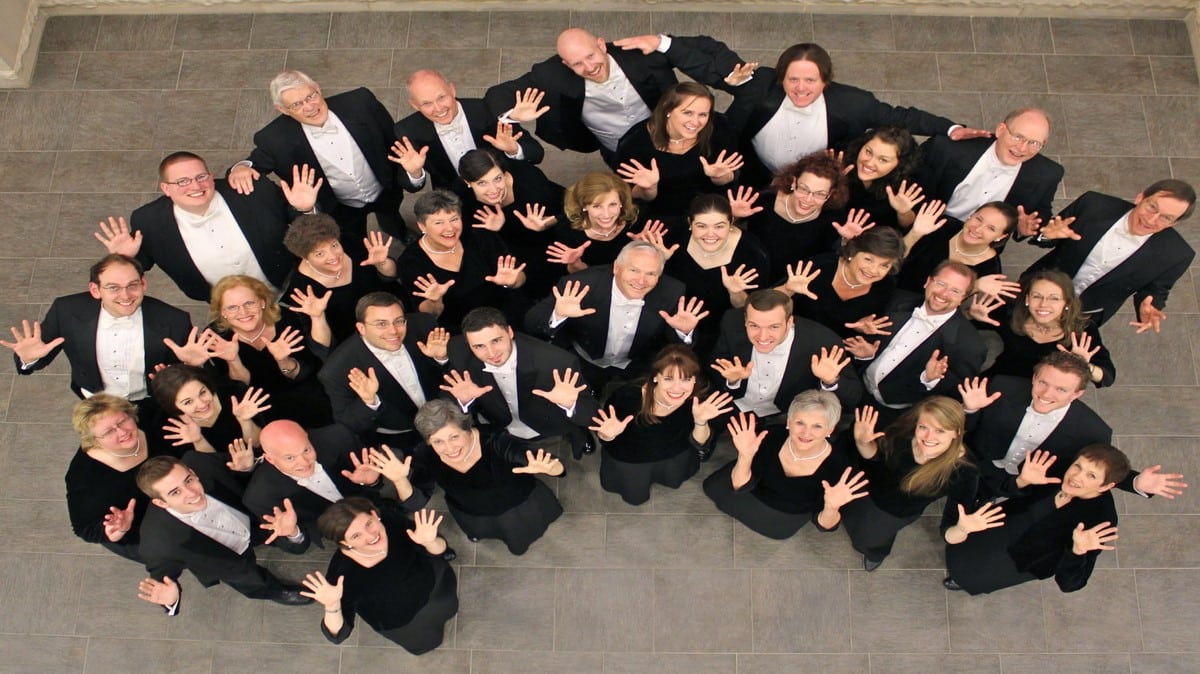 The Susquehanna Chorale, founded in 1981 by Artistic Director Linda Tedford, has emerged as one of the outstanding choral ensembles in the United States.  The 36-voice chamber choir is recognized by critics and audiences alike for its commitment to excellence and for its artistic interpretation of choral works of many styles and historical periods. Reflecting its dedication to the music of our time, the group has performed the East Coast premieres of many outstanding works, and it has commissioned several new works for its concert series.  Past seasons have included performances at the Washington National Cathedral, conventions of the American Choral Directors Association,   the PA House of Representatives at the State Capitol, and most recently at Chautauqua Institution in upstate New York.  The Chorale has also toured Great Britain, Switzerland, Austria, and Germany. In addition to performing regularly with the Harrisburg Symphony Orchestra, the Susquehanna Chorale is the Ensemble in Residence at Messiah College in Grantham, PA.  The Susquehanna Chorale is honored to be the recipient of Chorus America’s highest national award: The Margaret Hillis Achievement Award for Choral Excellence.  The group’s CDs have received national recognition, with three – Sing Me to Heaven,  Wondrous Love and American Treasures – receiving consideration for a Grammy nomination.

As further evidence of its mission to promote the choral art, the Chorale co-sponsored the Central PA Choral Festival for seventeen years, bringing internationally known conductors to Central Pennsylvania.

The Founder, Artistic Director, and Conductor of the Susquehanna Chorale is Linda L. Tedford. Ms. Tedford holds a Master of Music degree in Choral Conducting from Temple University, where she studied with internationally renowned conductor Robert Page. She pursued additional study at Westminster Choir College, as well as with prominent conductors such as Robert Shaw, Gregg Smith, and Dale Warland, and with voice teachers Robert Grooters and Thomas Houser. She is an active member of Chorus America, the American Choral Directors Association, the National Association of Teachers of Singing, and the National Association for Music Education. Ms. Tedford is a frequent guest conductor and clinician.

Ms. Tedford is responsible for the creation of the Chorale’s Educational Outreach program, which reaches hundreds of local student singers annually. She is also Director of Choral Activities at Messiah College in Grantham, PA, where she teaches conducting and conducts the Concert Choir, the Chamber Singers and the Messiah College Choral Arts Society. In 1994 Ms. Tedford and the Susquehanna Chorale received Chorus America’s highest lifetime award, The Margaret Hillis Achievement Award for Choral Excellence. Ms. Tedford is the 2011 recipient of ACDA-PA’s Elaine Brown Award for Choral Excellence for outstanding lifelong work in the choral art. In 2013 she received Theatre Harrisburg’s Award for Distinguished Service to the Arts in the Capital Region.

Sing Joyfully – William Byrd; If Ye Love Me – Thomas Tallis; Jubilate Deo – Peter Angeleo; Do Not Be Afraid – Phillip Stopford; Rejoice in the Lamb – Benjamin Britten; There Will Be Rest – Frank Ticheli; How Do I Love Thee? – Eric Nelson; The Gift to Be Simple – arr. Bob Chilcott; No Time -Susan Brumfield; The Promise of Living (The Tender Land) – Aaron Copland; Our Time (Merrily We Roll Along) – Stephen Sondheim arr. Robert Page; No One Has Ever Loved Me (Passion) – Stephen Sondheim arr. Robert Page; Make Our Garden Grow (Candide) – Leonard Bernstein arr. Robert Page