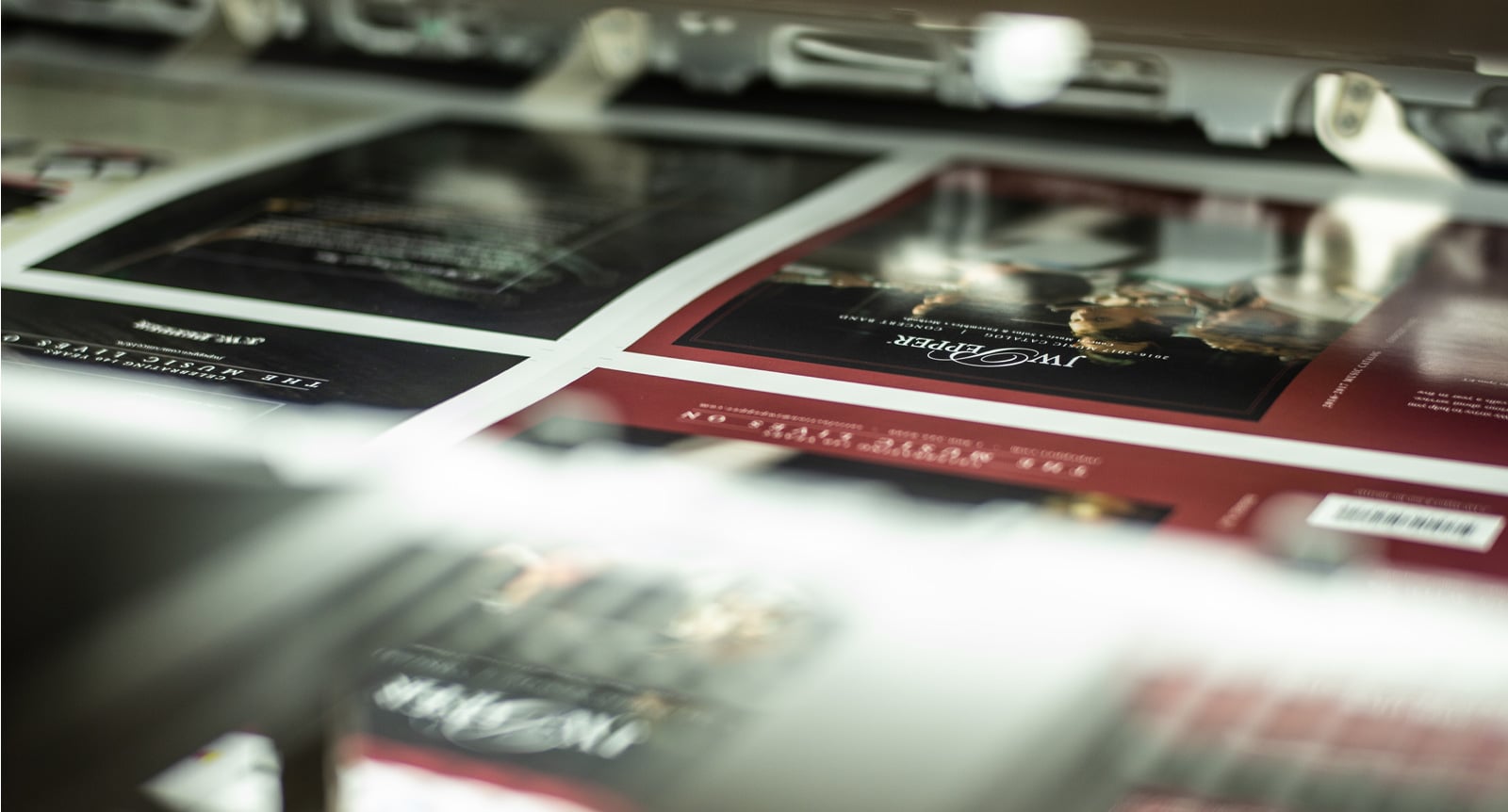 The Surprising Role Catalogs Have Played Throughout History

Before the internet, shopping from catalogs was how business was done, and the music industry is no exception. Catalogs have been used to sell everything from seeds to chickens to build-it-yourself houses with thousands of parts. The earliest known catalog was created in the Middle Ages a few decades after the printing press was invented; it advertised Greek and Latin classics.

J.W. Pepper has made catalogs for more than a century, beginning in the late 1800s. The company had the advantage of being based in Philadelphia, where Benjamin Franklin made his mark in catalog history. He is often credited with creating the first mail-order catalog in the United States in the mid-1700s, which included 600 books he had published.

By the mid-1800s, many music instrument companies in the United States were following suit and creating trade catalogs. These frequently featured larger instruments, including organs and pianos.

Pepper’s publications instead had a variety of band and orchestra instruments, including brass, strings, and drums, along with music books. The booklets were packed with information ranging from how the United States government purchases band instruments to what the costs are for press printing when publishing music. There were also details related to customer satisfaction for deliveries brought by horse-drawn carriages. An advertisement for band instruments in the 1890s read:

“Fully Warranted. We Welcome and Invite Comparisons; Will be Shipped to Any Address, C.O.D.; Subject to Six Days Trial”

Such mail-order sales had taken off in popularity after the Montgomery Ward catalogs for the general population were created in the 1870s. Those advertisements included everyday items including clothes, shoes, and dry goods.

The appeal of mail order for such products was enormous. It allowed people who lived far from stores to easily receive merchandise delivered to their homes – an everyday occurrence now that was less common back in the day. The question of how such mailings should be handled sparked controversy.

By law, the United States Post Office had been prohibited from delivering any package that weighed more than four pounds. It also did not deliver mail to rural areas. Instead, homeowners and farmers had to make long trips to town to get their mail.

The Post Office aimed to change that by introducing rural postal service. Once that was in place, some homeowners lobbied for the weight limit to be increased so product delivery was easier. Opposition to that idea was strong among some private shipping companies and local merchants who didn’t want to compete with mail-order companies.

The issue languished in Congress for years. Eventually supporters of the changes won, and the Parcel Post Service was created in 1913. It initially allowed items up to 11 pounds to be shipped. That was later increased to 70 pounds.

Some companies immediately benefited from that change, particularly Sears, Roebuck and Co., which was started as a mail-order-only business. The Sears catalogs were so treasured that they were sent to soldiers during the World Wars to give them some comfort from home. And many famous people have been associated with the catalogs, including artist Norman Rockwell, who created several covers for the catalogs.

For Pepper, though, business was not going well following the Great Depression. The company declared bankruptcy in 1940. Businessman Harold Walker Burtch, who played a Pepper cornet in his youth, put together a group of investors to save the company. He worked for J.W. Pepper without pay while he made plans for the company’s future.

A renewed focus on catalogs would prove to be central to his strategy. The books allowed the company to reach more customers for less cost than brick and mortar stores. Burtch also geared the business for selling sheet music from numerous publishers to schools and churches. The catalogs helped save the company and proved to be a valuable resource for educators.

Over the years, teachers and directors across the United States have turned to the catalogs to pick repertoire and plan their lessons and concerts. Today, Pepper produces nearly 30 catalogs a year that are mailed to more than 200,000 customers.

And unlike the days of horse-drawn carriages, Pepper’s latest catalogs can be viewed in multiple ways – in print and online. The jwpepper.com website contains more products than we can fit into a printed book, but for people who like the ease of catalog viewing, online versions of our printed books are found at jwpepper.com/catalogs.

This year’s catalogs are dedicated in memory of Steve Rook, who worked tirelessly producing Pepper catalogs for over 30 years. His love of music and wise decisions built Pepper’s music catalogs year after year. His good humor made him a joy to work with every day.

Facebook
Twitter
Pinterest
WhatsApp
Previous article
From Wacky to Serious: The Many Sides of Composer Mark Burrows
Next article
The Inside Voice: An Interview with Bob Chilcott